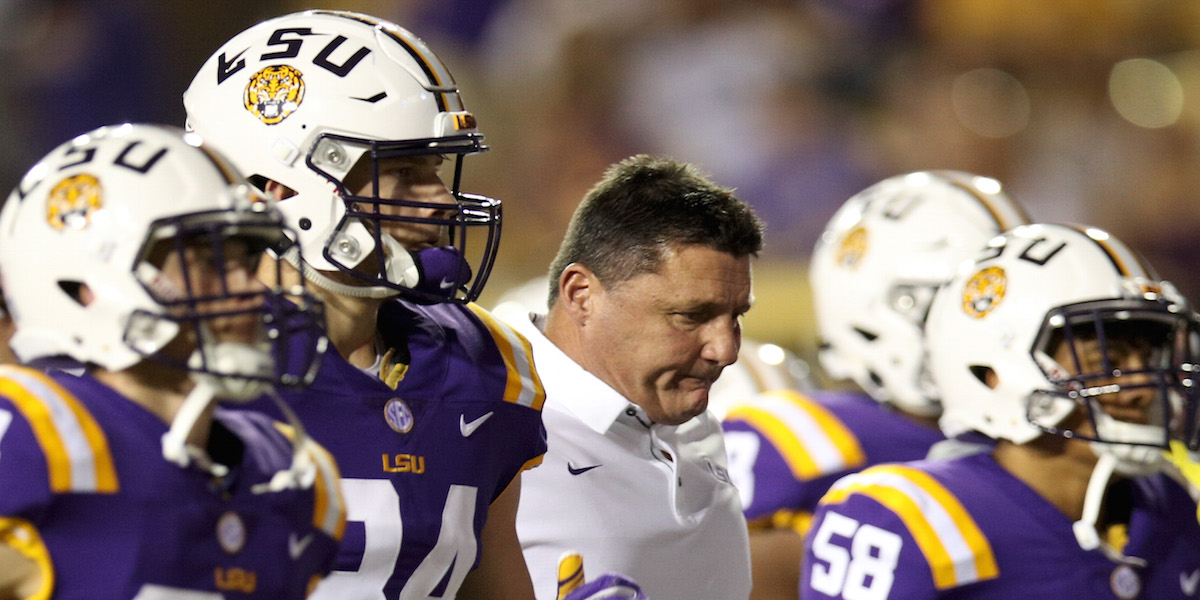 The win marks the first in program history for the Trojans over LSU, having lost two previous meetings at Tiger Stadium in 2004 and 2008.

Troy jumped out to a 17-0 lead in the third quarter on a 1-yard touchdown run by Jordan Chunn. The senior finished with 191 yards on 30 carries. Running back Jamarius Henderson extended the lead to 24-7 midway through the fourth quarter on a 7-yard run.

LSU lost starting quarterback Danny Etling for four possessions after the senior took a hard hit late in the second quarter. He was replaced by freshman Myles Brennan, but eventually returned in the fourth quarter and threw two late touchdown passes to cut the deficit to three.

But the Tigers couldn’t score on their final possession after taking over with 18 seconds remaining.

LSU will look to rebound in a crucial cross-conference matchup at Florida in Week 6.