LSU makes official announcement on future of one coordinator 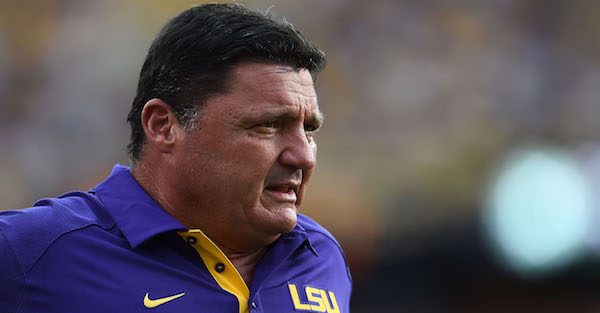 “I want to thank Matt for his contribution here at LSU and wish him and his family the best,” Orgeron said. “We have mutually agreed to part ways and go in a different direction offensively but are always grateful for the time and effort Matt made here at LSU.”

Canada joined LSU’s staff last offseason after being named a finalist for the Broyles Award during his one-year stint at Pittsburgh.

However, the Tigers struggled offensively in 2017, ranking ninth in scoring offense (27.2 points per game), eighth in passing offense (193.9 yards per game) and seventh in total offense (411.1) among SEC teams.

Orgeron confirmed that he would immediately begin the process of finding Canada’s replacement.

“We will identify a coach with a wealth of experience who is totally committed to the vision of the program and has the drive to do whatever it takes to see it through,” Orgeron said. “We have a lot of talent coming up on offense. We want to put our players in the best possible position to succeed which means improving our vertical passing game and developing our quarterbacks and wide receivers to be at their absolute best.”