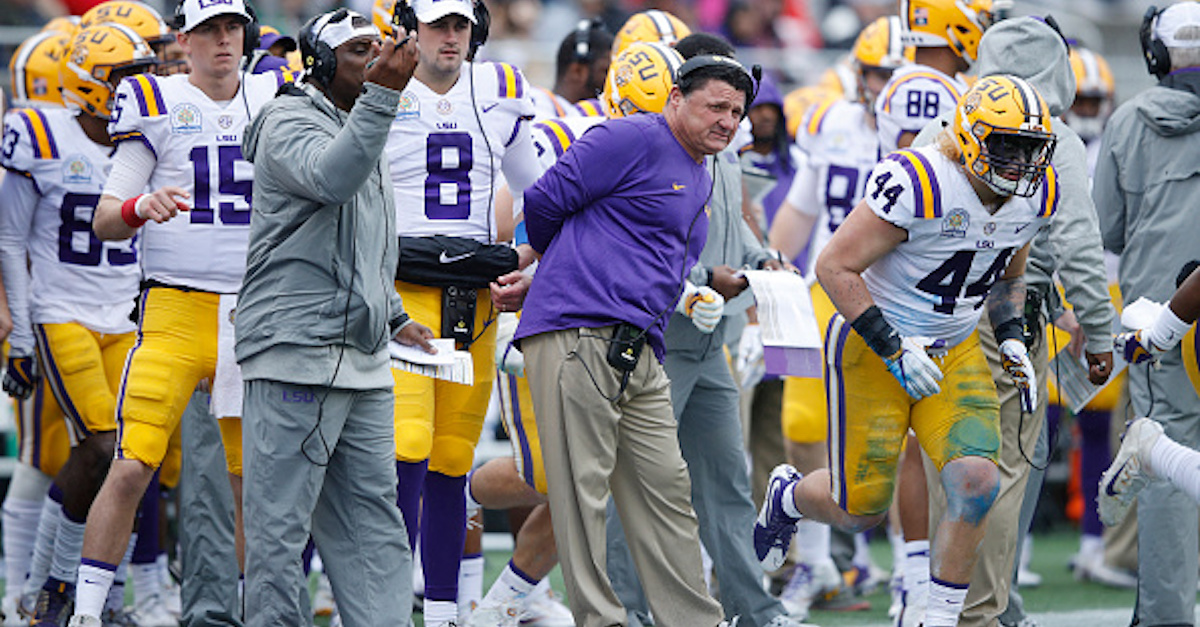 UPDATE: LSU made the move official on Wednesday.

According to Ross Dellenger of The Advocate, Ed Orgeron has found a replacement offensive coordinator at LSU.

Per Dellenger, LSU is hiring former quarterback Steve Ensminger as offensive coordinator. Multiple sources confirmed the report, though the promotion is not final yet, per Dellenger.

Ensminger, who played for the Tigers in the late 70’s, has been an assistant coach at LSU since 2010, having served as tight ends coach and offensive coordinator/quarterbacks coach over the past few years. Most recently he coached tight ends for the Tigers, but he did have a stint as the play-caller in 2016.

According to the report, consultant Jerry Sullivan will also be playing a major role for LSU’s offense:

Ensminger is expected to work alongside LSU consultant and longtime NFL receivers coach Jerry Sullivan, who is expected to be given a significant role in the offense. Sullivan’s exact title is unclear, but he is likely to have a heavy hand in the Tigers’ passing game.

Dellenger revealed more about why LSU feels Ensminger is the right guy for the job:

Ensminger, 59, is experienced, and many laud his ability as a game-planner and play-caller. Orgeron raves about his work ethic, too, revealing on several occasions that Ensminger often sleeps in his office on a mattress set up on the floor.

Ensminger has been coaching since 1982-83 when he was a receivers coach for Nicholls State. He’s also coached at Georgia, Texas A&M, Clemson, and Auburn having served as offensive coordinator/quarterbacks coach at Texas A&M from 1994-1996 and in the same role at Clemson in 1997-98.

Ensminger is replacing Matt Canada, who has parted ways with the team after only 12-months and a mutual financial agreement.