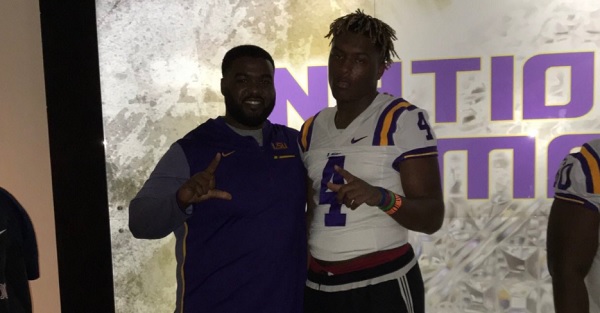 Yet another of the top recruits from the 2019 class has made a decision.

Handy also had offers from Alabama, Georgia, and Ole Miss, among others. The commitment came not long after Handy had taken a visit to Baton Rouge.

This could prove to be an enormous pickup for LSU and their 2019 class. Handy is rated as the No. 7 strongside defensive end by the 247Sports Composite, and he ranks in the Top 100 of all 2019 recruits. At 6-foo-5 and 260 pounds, Handy has a great burst off the line and is able to maintain his speed to chase down potential ball carriers in the backfield.

Handy is LSU’s eighth commitment of the 2019 recruiting class so far. That class currently ranks third in the nation over at 247Sports.