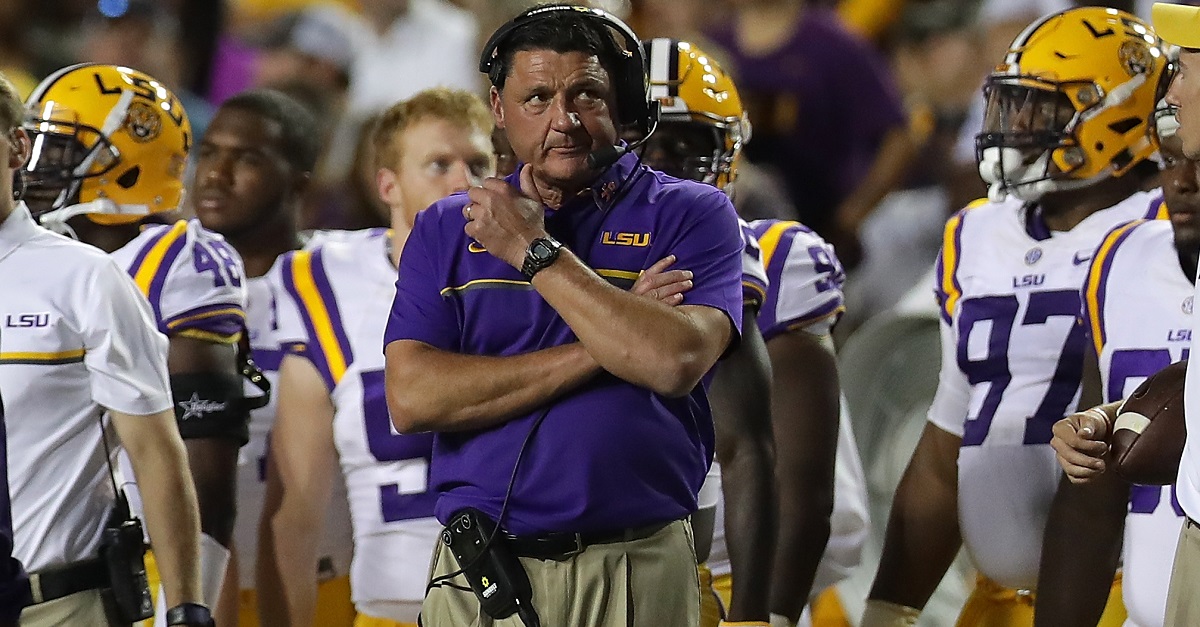 LSU coach Ed Orgeron hosts a weekly radio show where fans can call in and ask him about what’s going on with the team among a myriad of other subjects. One person called in and thought he was being funny by making a joke about Houston coach Tom Herman giving his players a kiss on the cheek before they go into the stadium.

RELATED: LSU reportedly has one shocking name “near the top” of their coaching list

The caller asked if defensive line coach Pete Jenkins would fill the same role for LSU and Orgeron was not amused. “I think that’s a stupid question,” Orgeron said before the call was disconnected. That was really the first time Orgeron had shown any impatience with a caller and that guy probably feels a little stupid now.

I would not have wanted to be there in person for the inevitable death stare he would have given that caller.