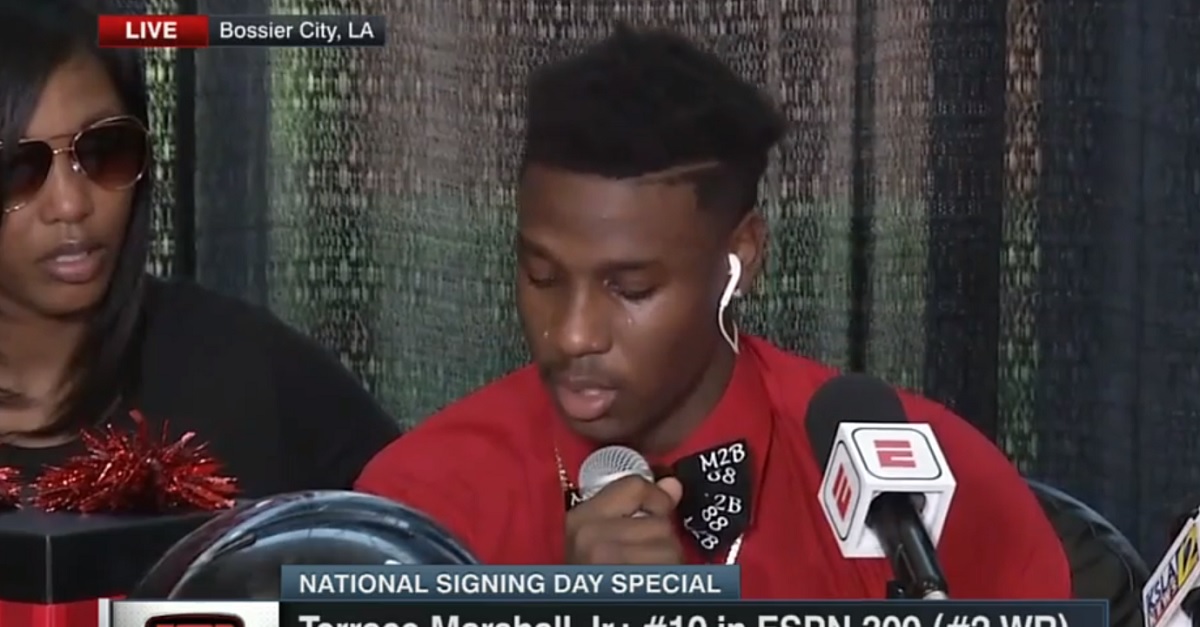 Five-star wide receiver Terrace Marshall (6-foot-3, 191 pounds, Bossier City, La.) is set to be the last five-star to make his commitment during the early signing period, and he has finally reached a decision!

On Friday, Marshall emotionally announced that he had committed to LSU.

Marshall, who said he made his decision two days ago, picked LSU over Florida State, Texas A&M, and Texas.

Marshall went down earlier this year with an injury, causing him to miss the final eight games of the season. However, he is healthy now and he is a big boost to an LSU team that can always use another talented player on offense.

Marshall is rated as a five-star and the No. 1 wide receiver in the nation by the 247Sports Composite.