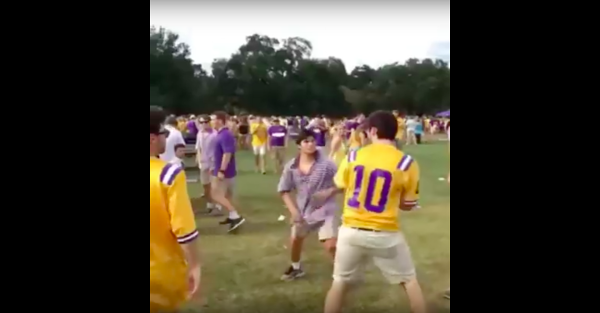 A fight broke out at an LSU tailgate Saturday that landed three guys in jail and caused one fan to leave with an ankle injury.

Whoever the guy wearing the No. 10 jersey should never be messed with (at least not while drunk). He takes out two guys single-handedly, then gets decked in the face by another fan and hardly budged an inch.

LSU got the win over Mississippi St. 23-20 and even though three guys were arrested, I’d have to say No. 10 won the entire day for LSU.