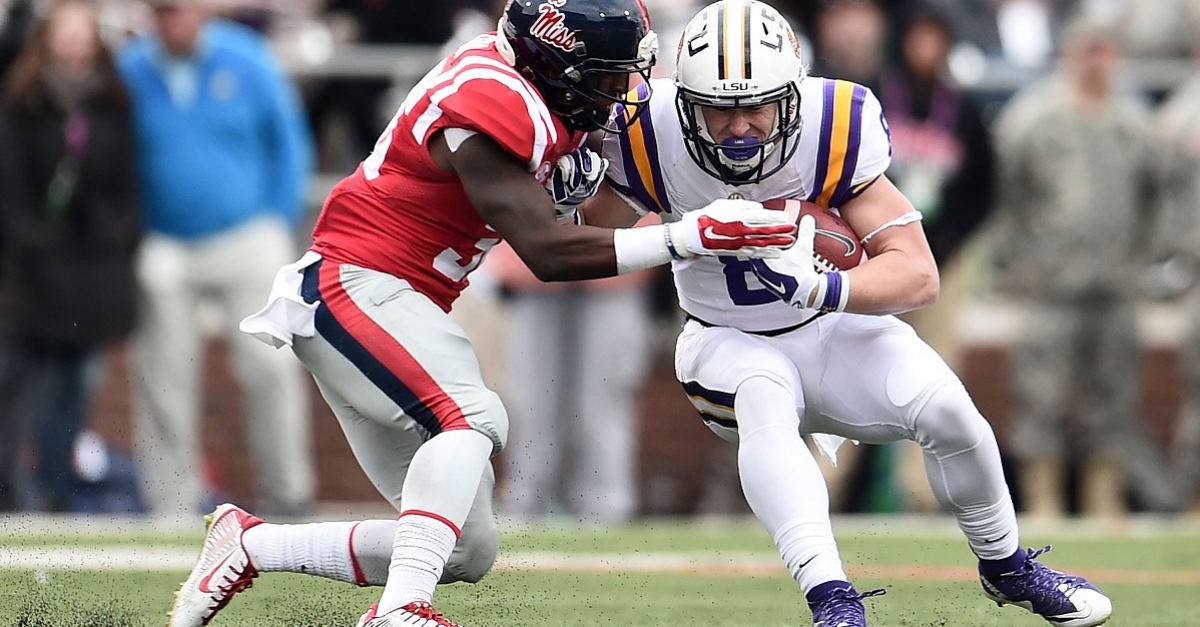 at Vaught-Hemingway Stadium on November 21, 2015 in Oxford, Mississippi.

On Tuesday, LSU wide receiver Trey Quinn took to Twitter to announce his intention to transfer from the program.

The LSU football account later confirmed his released, along with the release of wide receiver Kevin Spears.

#LSU announced that WR Trey Quinn and WR Kevin Spears have been granted their release and will transfer.

According to the Advocate, Quinn plans to play again at the FBS level, meaning he must sit out a year before doing so. Also, LSU is barring Quinn from transferring to any other SEC schools, which might make his recruitment more interesting among ACC or Big 12 schools.

Quinn has not done much at LSU, with only 22 receptions for 276 yards in two years. However, he is a former four-star recruit, and was rated a Top 100 overall prospect by both ESPN and 247Sports. He has some talent, but it is going to take the right team in order to maximize it.