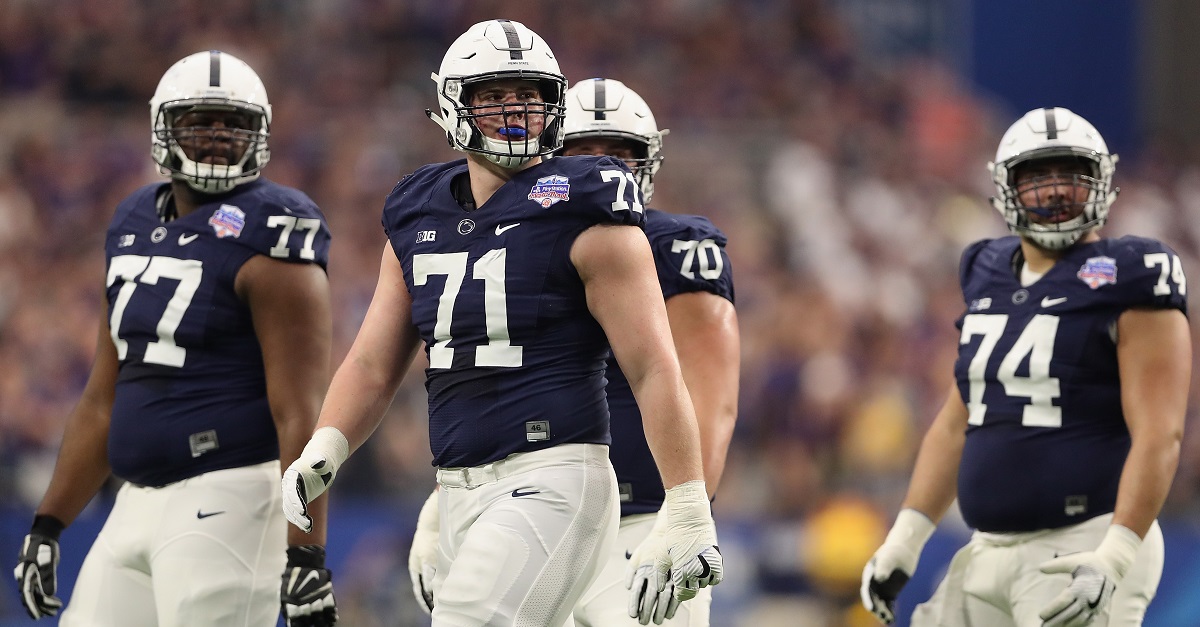 Christian Petersen/Getty Images
GLENDALE, AZ - DECEMBER 30: (L-R) Chasz Wright #77, Will Fries #71 and Steven Gonzalez #74 of the Penn State Nittany Lions walk the field during the Playstation Fiesta Bowl against the Washington Huskies at University of Phoenix Stadium on December 30, 2017 in Glendale, Arizona. The Nittany Lions defeated the Huskies 35-28. (Photo by Christian Petersen/Getty Images)

The SEC has gotten some pretty good coaches in the offseason and it looks like they are stealing away some talent in the recruiting game as well. Mississippi State head coach Joe Moorhead has hired former Penn State director of recruiting Michael Villagrana to the same position for him.