Alabama head coach Nick Saban and Texas A&M head coach Jimbo Fisher are engulfed in a full-blown war of the likes that have maybe never been seen before in college football. After Saban called out Fisher and his program for "buying" players en route to nabbing the No. 1 recruiting class, Fisher responded in a furious press conference calling his former boss a "narcissist" and all but ending his friendship (depending what a friendship looks like between two SEC head coaches) with him.

The Saban-Fisher drama has raged on even after Saban's apology to Fisher and the SEC's scathing statement, putting the NCAA's name, image and likeness scene at the center of debate once again. But it's also shown that at the end of the day, all these coaches care about is winning -- even if it means putting friendships aside.

Saban and Fisher have known each other for more than two decades. The two worked together at LSU and have coached against each other numerous times now. With that being said, let's take a look back at their relationship and the tension that led to this severance.

A Timeline of Saban and Fisher's Friendship & Fallout 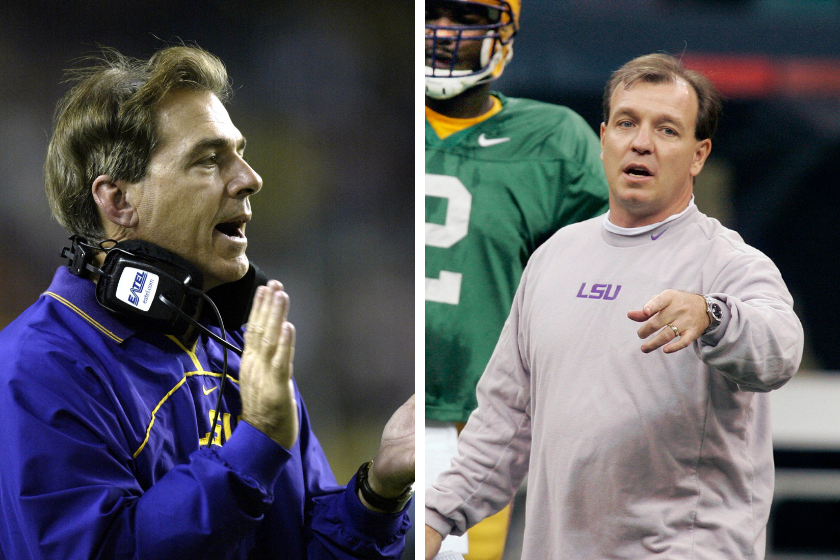 December 1999: Fisher and Saban, both from West Virginia, meet for the first time at Saban's house. On the spot, Saban hires Fisher to be his offensive coordinator at LSU. Fisher remembers the meeting in an article for ESPN as "politely intense."

January 4, 2004: Nick Saban wins the first of his seven national championships and the only one at LSU, with Fisher as his offensive coordinator.

July 2016: Saban and Fisher come together, along with Rick Trickett, to assist in relief efforts after flooding in West Virginia results in 23 deaths in late June. The three of them attend Clay County High School to present uniform donations to high school football players. 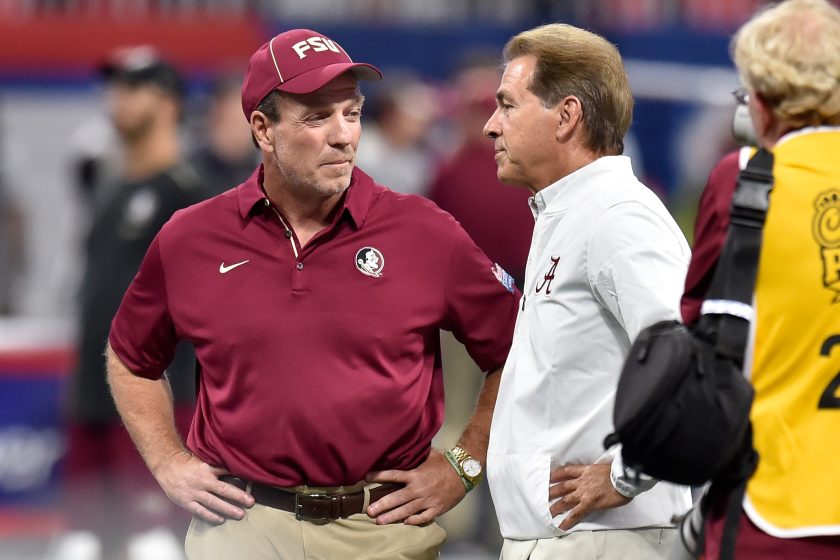 April 22, 2017: Saban calls Fisher the best offensive coordinator he's ever had at the professional or collegiate level.

August 1, 2017: Ahead of the blockbuster season-opener between No. 1 Alabama and No. 3 FSU, Fisher tells the media that the two talk often in the offseason. However, when the two meet on the field, it's all competition.

"(When) it's time to compete, we'll compete against them, but that won't change any relationship you have."

Hmm, are we sure about that, Jimbo? 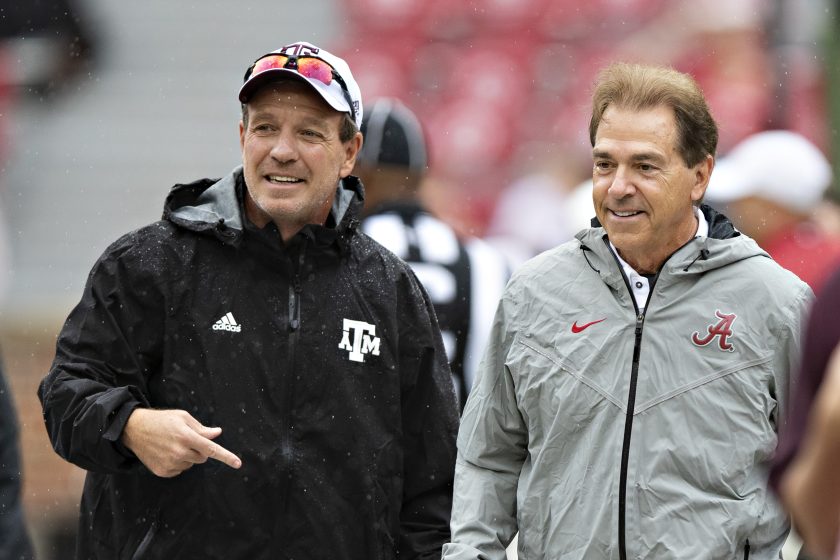 May 5, 2021: Fisher tells people at the Houston Touchdown Club that he's going to "beat his ass," referring to a question about when Texas A&M will beat Alabama. Fisher backs up the claim when the Aggies beat Alabama, 41-38 on Seth Small's last-second field goal.

May 6, 2021: A surprised and smiling Saban responds to Fisher's comment: "In golf? Well, I'm sure there will come a day, you know. Is that what he's talking about, football? Oh he was? He used to be on my noon-time basketball league. I guess we're no longer partners when it comes to that."

Oh, Saban, you have no idea.

October 9, 2021: After Texas A&M shocks Alabama in College Station, Saban praises the Aggies. He calls them a "good team" and says they executed their game plan well. He doesn't mention Jimbo Fisher by name and never specifically credits his former assistant coach, the first that has beat him in a head-to-head matchup. 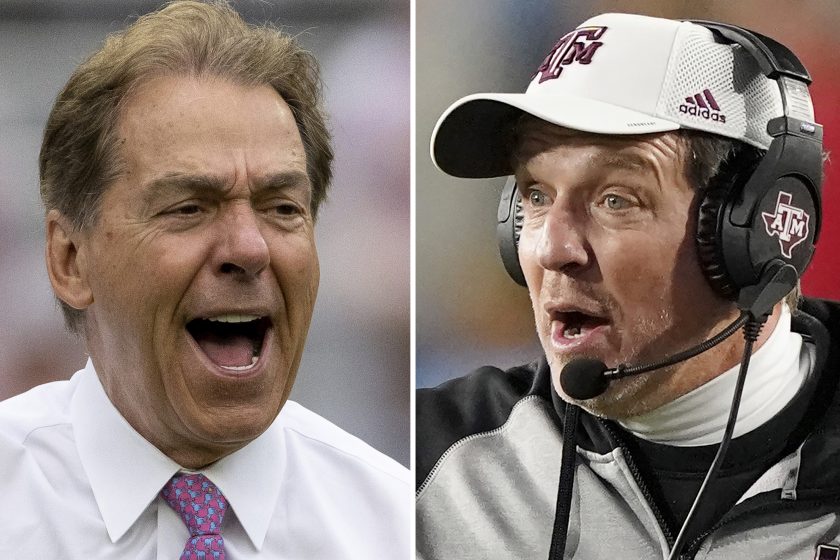 May 18, 2022: Saban launches an attack on Jimbo Fisher and Texas A&M's program during an event with local business leaders in Birmingham. He alleges that A&M "bought every player on their team," referring to NCAA name, image and likeness deals, and says Alabama didn't buy a single player, claiming the Crimson Tide have done it "the right way."

May 19, 2022: Fisher claps back. He vehemently denies that A&M ever "bought anybody." He calls Saban's comments "despicable" and calls him a "narcissist." He wasn't done there...

"Some people think they're God. Go dig into how God did his deal, you may find out about a guy, a lot of things you don't want to know. We built him up to be the Czar of football? Go dig into his past or anybody that's ever coached with him. You can find out anything you want to find out, what he does and how he does it. And it's despicable. It really is. And it's a shame we have to sit up here and have this conversation about things we do."

Fisher didn't stop there. He says Saban tried calling him after his initial comments, and Fisher didn't pick up.

"We're done. He's showed you who he is. He's the greatest ever, huh? When you've got all the advantages? It's easy."

May 31, 2022: Who knows? Fisher and Saban will both be in attendance at the Southeastern Conference spring meetings in Destin, Florida. Get the boxing gloves ready.