In midst of NCAA sanctions, Ole Miss will lose former Under Armour All-American to transfer 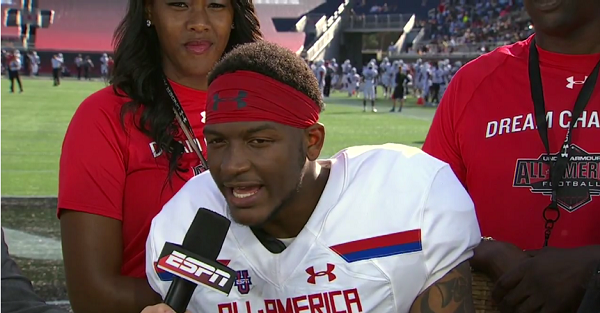 Ole Miss has been hit with some NCAA sanctions over the next couple years and it looks like they are not only losing former five-star quarterback Shea Patterson, but they will be losing a former Under Armour All-American in outside linebacker Breon Dixon. He took to Twitter to announce the beginning of his next move:

All respect to ole miss fans , and it's been a pleasure being a rebel through the tough times but I've made a decision with my family to transfer elsewhere as of today being misled about the sanctions coming in … Great things to come stay tuned.

The Georgia native was a freshman this season and enrolled in January. The former four-star linebacker was ranked as the No. 12 inside linebacker in the class of 2017 and No. 26 recruit in the state according to the 247Sports Composite Rankings. The 6-foot, 218-pound Dixon had offers from Louisville, TCU, Georgia, Alabama and Auburn among others coming out of high school, but it remains to be seen where he might land next season.