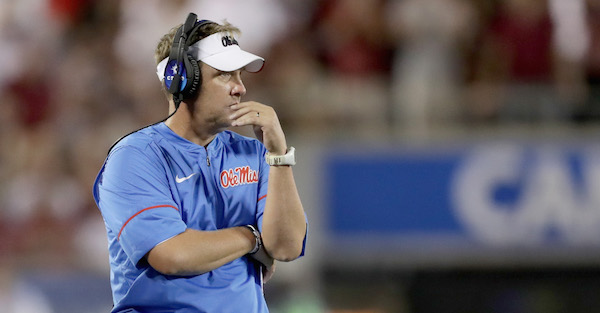 Ole Miss is banned from going to a bowl game in 2017 and the school imposed that ban itself. The Rebels tried to take a preemptive strike against any possible NCAA punishments for several illegal recruiting incidents that were reported. So to give the fans something to cheer about, they have decided that they will give every game a bowl name.

Next season, each football game will be given a name and deemed a "bowl game," per #OleMiss' AD Ross Bjork

They already have the Egg Bowl on lock for the Mississippi State game, but it will prove to be quite difficult finding a name for every game. Especially those games against teams they don’t usually play like California, UT-Martin, UL-Lafayette and South Alabama.