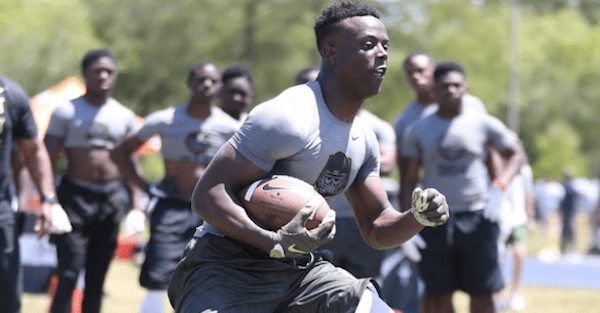 Texas A&M’s 2017 class lost a member on Monday night. Three-star running back Travis Etienne Jr. (5-foot-11, 199 pounds, Jennings, La.) announced via his Twitter account that he would be verbally decommitting from the Aggies’ 2017 class.

I would like to announce that I'm decommitting from Texas A&M University and will be re-opening my recruiting process!

Etienne holds offers from Alabama, Arkansas and Mississippi State. He verbally committed to the Aggies in June. He told GigEm247 the Aggies are still his ?number one school? and that he would take an official visit to College Station this fall. Alabama, Arkansas, Oklahoma State and Tennessee are the schools who Etienne Jr.. are high on as potential landing spots. We’ll continue to update you on his recruitment process.