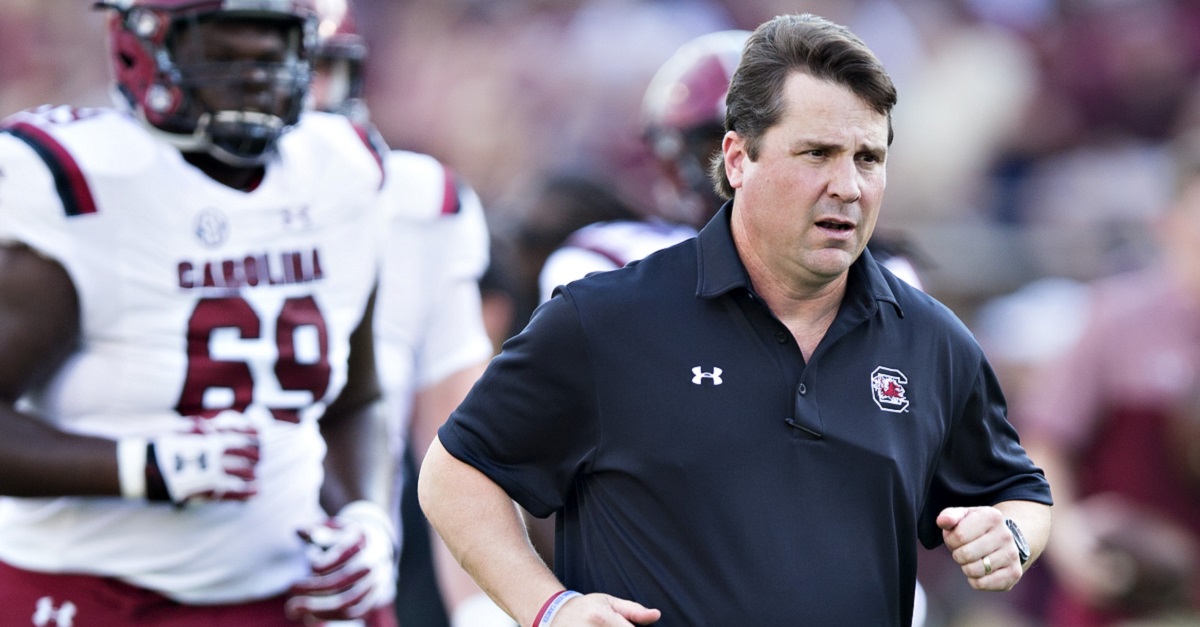 While Hurricane Matthew has shifted the plans for LSU’s tilt with Florida, South Carolina and Georgia will go on as planned, just a day later than anticipated.

Head coach Will Muschamp announced the decision on his radio show that the game would be played on Sunday in Columbia, South Carolina, per SEC Country.

?We are working with the University of Georgia and the Southeastern Conference, the SEC Network for a kick time,? Muschamp said. ?It will be definitely Sunday, sometime in the afternoon. They are not sure exactly what the kick time will be.?

Georgia (3-2) is coming off a dramatic loss to the Tennessee Volunteers. South Carolina (2-3) is coming off back-to-back losses. The Gamecocks have won three consecutive contests against Georgia at Williams-Brice Stadium.