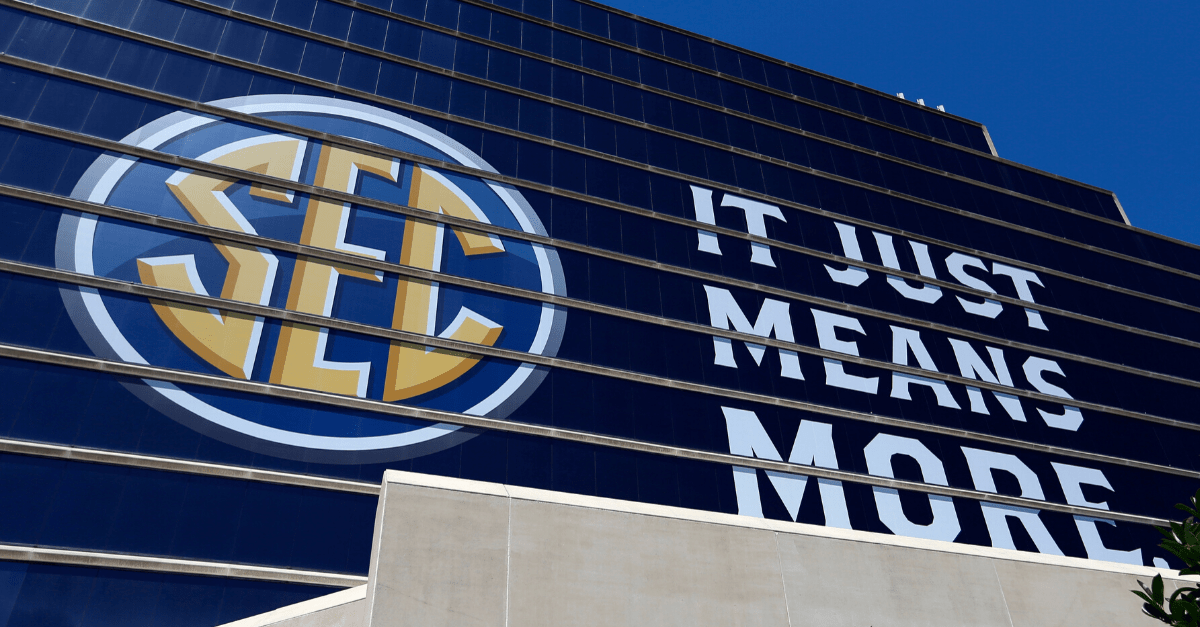 Folks, this truly is March Madness.

No fans will be allowed to attend the sporting events of any SEC programs until at least March 30, the Southeastern Conference said in a statement Wednesday night amid coronavirus concerns. That includes baseball, softball, basketball and all other spring sports.

The unprecedented move began with the announcement that the SEC Men’s Basketball Tournament will be limited to “essential staff, limited family and credentialed media” at Bridgestone Arena in Nashville, Tennessee, at the recommendation of the NCAA COVID-19 Advisory Panel.

The SEC issued a statement from SEC Commissioner Greg Sankey:

“In light of recent developments beyond our control related to the spread of the coronavirus, including a recommendation from the NCAA COVID-19 Advisory Panel, and after consultation with our member universities, we have made the difficult decision to hold the 2020 SEC Men’s Basketball Tournament in Nashville without spectators beginning with games of Thursday, March 12. Effective immediately, the policy will also apply to other SEC Championship events and on-campus regular season games scheduled through at least the end of March.

“After conferring with local and national health authorities, we remain confident in our ability to safeguard the health and well-being of our student-athletes, coaches and other staff who will be participating as well as the limited number of family members and media who will be in attendance at the tournament.

“We regret the inconvenience and disappointment this decision has caused our fans, especially those who have already traveled to Nashville for the tournament.”

The move comes after NCAA President Mark Emmert announced no fans would attend the Division I men’s and women’s basketball tournament games. Still, it seems unlikely the NCAA Tournament is played at all considering the response to the pandemic from schools, collegiate leagues and professional leagues like the NBA.

Schools across the country have either switched classes from in-person to online or canceled them. The Ivy League was the first to cancel its men’s basketball tournament, sending shockwaves across the sports world.

Ohio State canceled its spring game that was scheduled for April 11 and suspended all official and unofficial visits to campus through April 20. Michigan also halted all recruiting and canceled open spring practice.

The NBA suspended its season after news broke that Utah Jazz player Rudy Gobert tested positive for coronavirus, according to The Athletic’s Shams Charania.

President Donald Trump addressed the nation Wednesday night and halted all travel to Europe except to the United Kingdom.

Which SEC Sports Are Affected?

All of them. All regular season games played by conference games will be played without fans from March 12 until March 30, when the league and its member schools will re-evaluate the situation.

The SEC sent a release two days ago saying it planned on putting on the SEC Tournament as usual while suggesting health precautions, but it obviously changed course and took a much tougher stance Wednesday night.

Here’s what the SEC originally said on Monday:

We are in continued communication with public health officials and remind everyone to be attentive to everyday preventive actions identified by the Centers for Disease Control and Prevention (www.cdc.gov).

At this time, the SEC plans to implement the following health precautions at Bridgestone Arena, most of which were also applied during the SEC Women’s Basketball Tournament at Bon Secours Wellness Arena in Greenville last week. Similar preventive measures will be taken at the SEC Gymnastics Championship March 21 in Duluth, Georgia:

? Additional hand sanitizers will be present at arena entrances and throughout concourse and in meeting rooms;

? Use of hospital grade disinfectant to sanitize locker rooms before teams arrive and upon departure;

? Sanitization of game balls with hospital grade disinfectant after each practice and game;

? Sanitization of team benches plus band and cheerleader seating areas following each game;

The coronavirus outbreak outbreak isn’t dying down anytime soon. If the NBA has suspended its season, the NCAA college basketball tourney is almost certainly next followed by other pro sports leagues.

ALERT 2: Based on the latest developments and the continued spread of the coronavirus (COVID-19), the Southeastern Conference today announced the suspension of regular season competition for teams in all sports on SEC campuses, as well SEC championship events, until March 30.

Due to the continued spread of the coronavirus, the Southeastern Conference officially canceled the remainder fo the 2020 Men’s Basketball Tournament in Nashville.

The SEC isn’t the only conference to cancel their respective tournaments. The Big Ten, Big 12, AAC, and others have called it off.

In addition, the SEC announced that all regular season competition for all sports would be suspended for the remainder of the month.

Based on the latest developments and the continued spread of the coronavirus (COVID-19), the Southeastern Conference today announced the suspension of regular season competition for teams in all sports on SEC campuses, as well SEC championship events, until March 30.