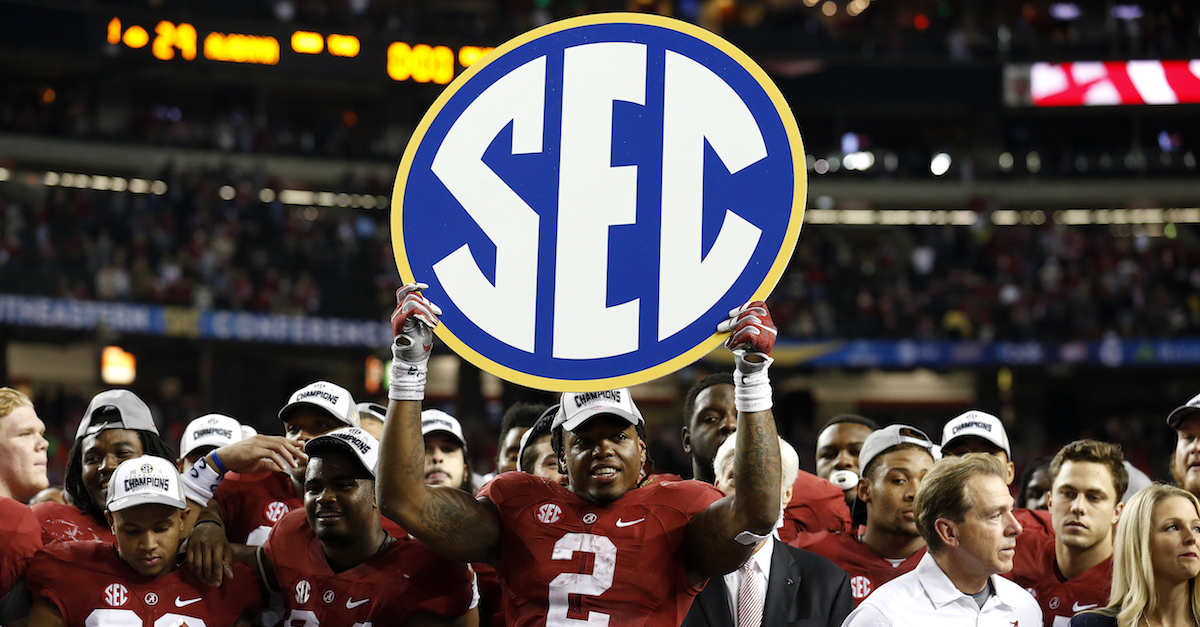 ATLANTA, GA - DECEMBER 5: Running back Derrick Henry #2 of the Alabama Crimson Tide celebrates with his team after defeating the Florida Gators 29-15 in the SEC Championship at the Georgia Dome on December 5, 2015 in Atlanta, Georgia. (Photo by Mike Zarrilli/Getty Images)

The SEC loves to be known as the best football conference in the country and it helps when you land 18 players on an All-American list — even if it is the preseason. That’s what the conference did in the latest Sporting News All-American list that features a first and second-team. Here’s the breakdown of the teams starting with the first-team offense:

So when everyone tries to make their argument that the SEC isn’t the best conference for football you can can show them this list. Some other notable names include Clemson’s Deshaun Watson at quarterback on the first team, Michigan’s Jake Butt at tight end, Stanford’s Christian McCaffrey at running back and FSU’s Roderick Johnson at offensive tackle.

You can find the entire list of first and second-teamers here.