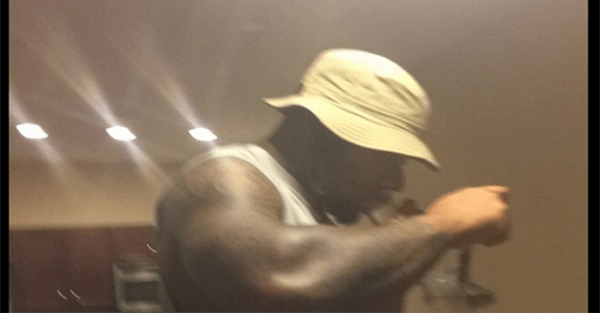 UPDATE: In a story from the Clarion-Ledger, Ole Miss head coach Hugh Freeze addressed the picture (below) that is supposedly Robert Nkemdiche hitting a bong.

“I’m very aware of the picture and also when it was taken and where it was taken. We test our entire team on our drug-testing policy at the beginning of the season and then we have our follow-up tests throughout the course of the year. I’m super confident we handled each one the same and we enforce our policy very consistently.”

Ole Miss is “gathering information” into a photo that’s making its way around the internet and allegedly shows star DE Robert Nkemdiche taking a hit from a bong.

Evidently this is a picture of Robert Nkemdiche smoking a bong. pic.twitter.com/56rwjg73aL

According to Fox Sports’ Outkick the Coverage, the photo was first released on a Tennessee message board Volquest.com. In the thread that has since been deleted, the poster (CM8888) said he had the photo since August and had been waiting until the week of the Tennessee game to release it.

Ole Miss sits at No. 3 in the polls this week and has been — along with in-state rival Mississippi State — one of the biggest stories of the college football season. The Rebels’ defense has been arguably the best in the country, and Nkemdiche is a big part of that.

With Ole Miss on top, folks around the SEC are taking notice — which can be great, but also brings extra scrutiny.

According to Fox Sports, Ole Miss declined to comment when contacted and told them they were “still gathering information on the alleged photo.”