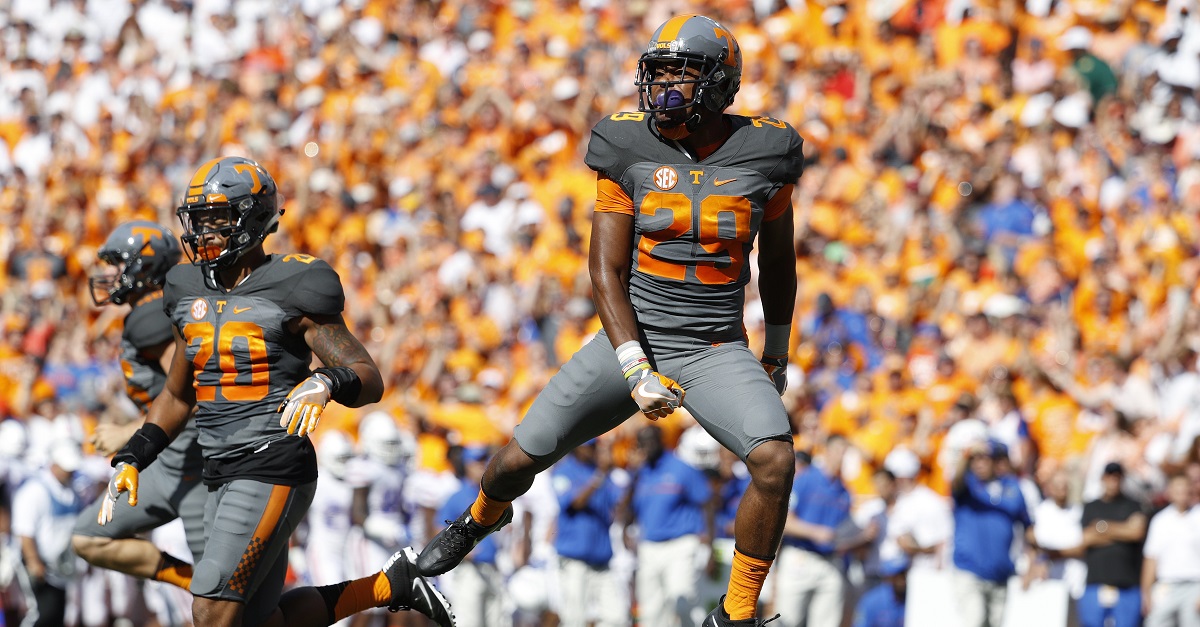 Florida Gators cornerback Quincy Wilson was heavy on the trash talking this past week leading up to the Tennessee game. He went so far as to guarantee a win over the Vols and gave us a strange idiom in doing so.

RELATED: Quincy Wilson starts the trash talking for the Gators ahead of the UT game

Wilson was backing up his talk of a duck never pulling a truck for the first half, but the whole team collapsed in the second half and that led to Tennessee’s 38-28 win in Neyland Stadium. The talk of ducks and trucks made its way into the postgame interview on the field with Butch Jones and Josh Dobbs.

Dobbs earned his moment of trash talking and trolling too as he threw for 319 yards and four touchdowns on the day to go with 80 yards on the ground and a touchdown there too. He couldn’t resist some duck talk either.