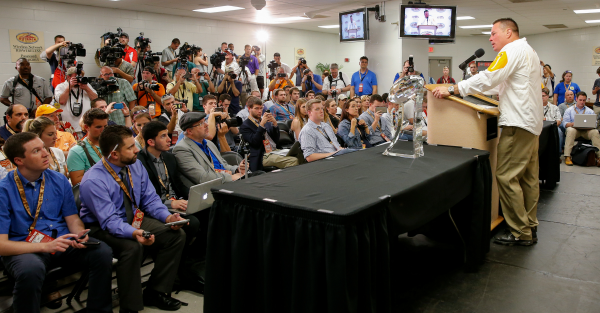 A new legal filing in a lawsuit filed by six women against the University of Tennessee claims that football coach Butch Jones called one of his players a “traitor” for helping one of the women who says she was raped by two football players. Sophomore receiver Drae Bowles ?broke down and cried? after speaking with his coach, the lawsuit said.

Jones later called Bowles back to apologize for calling him ?a traitor to the team,? according to the suit. The two calls with Jones came after Bowles was punched in the mouth by teammate Curt Maggitt as retribution inside the UT locker room, according to the new filing.

Bowles ended up transferring to UT-Chattanooga shortly after the 2014 incidents. He provided the account of events in a sworn declaration filed in federal court in Nashville. This filing is only the latest in the ongoing federal lawsuit that is bringing the entire Tennessee athletic department under a lot of scrutiny.

If this is true, it looks like some pretty damning testimony against Jones and it could spell the end of his tenure that has seen a resurgence on the field with a 9-4 record this year and several top recruiting classes. This could be a lawsuit the likes the NCAA has never seen before.