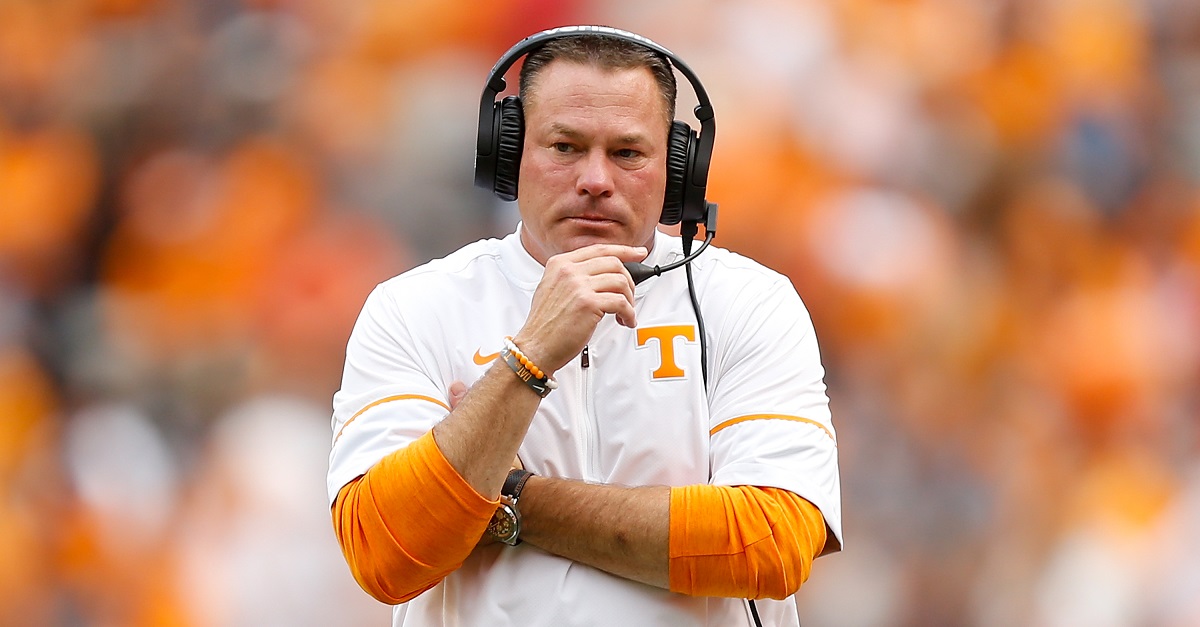 According to Jones, starting linebacker Cortez McDowell is out for the remainder of the season and leading returning receiver Jauan Jennings — who was originally expected to miss up to 12 weeks of action due to a dislocated wrist, according to Volquest.com — will also be unable to return from a wrist injury suffered in Week 1.

Jones also confirmed that senior safety Todd Kelly Jr., who missed Saturday’s game due to a knee injury, will be out indefinitely.

McDowell, who appeared in 12 games and made four starts last season, recorded a career-high 13 tackles and recovered a crucial fumble during the Tennessee’s double-overtime win over Georgia Tech in Week 1. Through three games, the senior recorded 24 total tackles and one tackle for loss.

Jennings was the only active Tennessee wide receiver with a touchdown catch prior to the Vols’ season opener. He recorded 40 receptions for 580 yards and seven touchdowns in 2016 and emerged as a favorite among Vol fans after recording a big touchdown during the team?s win against Florida, as well as a 43-yard Hail Mary touchdown to defeat Georgia last season.

Kelly has appeared in 40 games and recorded 153 total career tackles during his collegiate career. The senior has been limited prior to missing Saturday’s game, which has led to more playing time for Nigel Warrior and Micah Abernathy at the two starting safety spots in his absence.

Tennessee has been thin at all three position groups this season and doesn’t seem to be having much better luck with its depth. Jones claimed that the Vols played nickel (five defensive backs) instead of dime (six defensive backs) during the final play against Florida on Saturday — which resulted in a 63-yard Hail Mary touchdown — due to injuries.