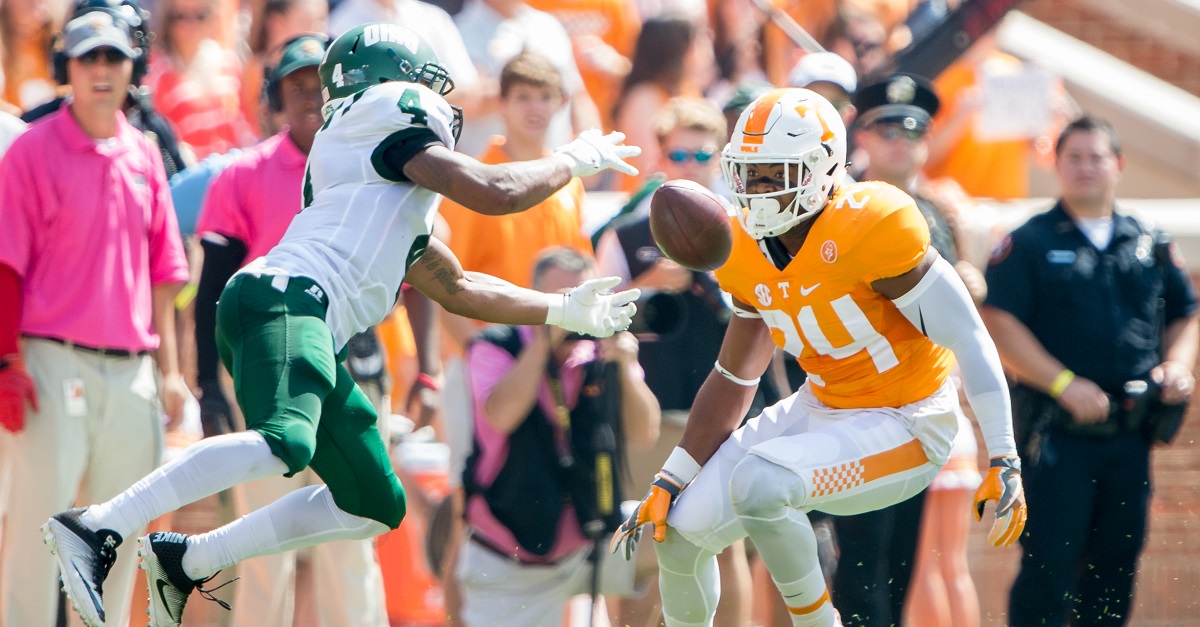 It is Florida-Tennessee week and every little bit of news is big news to both teams. Especially since both are so banged up right now. Tennessee is missing several guys on the defensive side of the ball in cornerback Cam Sutton, linebacker Jalen Reeves-Maybin, defensive tackle Danny O’Brien, linebacker Darrin Kirkland Jr. and reserve linebacker Quart’e Sapp.

Not all of those guys will continue to sit on the sidelines as coach Butch Jones believes that Reeves-Maybin will be able to play against Florida with just a muscle strain in his shoulder.

Jones on Jalen Reeves-Maybin's shoulder injury: "The good thing is all it is a muscle strain." Fully anticipates him being ready to play.

Butch on JRM: good news, injury just a muscle strain. He's doing everything he can to play.

There’s no way Reeves-Maybin would miss this huge rivalry game if he could play at all. While Sutton is out for an extended period, Sapp will also miss the game and the year with a serious injury.

#Tennessee LB Quart'e Sapp is out for the year with an ACL injury.. #Vols depth there is an issue w/ Darrin Kirkland banged up too. #UF

Kirkland is also set to miss the game, but could be back later in the season:

Butch Jones says LB Darrin Kirkland Jr. is out for Florida, but DL LaTroy Lewis may be back for the game.

Offensive tackle Chance Hall will also be at practice today and Tuesday trying to work himself into the rotation in time for the Florida game. He had been unavailable since mid-August because of an arthroscopic procedure on his knee, but has made a recovery much quicker than expected.

Good news for #Vols: @UTCoachJones says OT Chance Hall will be back at practice today, and LB Jalen Reeves-Maybin should be OK for Saturday.

Hall was a Freshman All-American last year at his position and would greatly help an offensive line that has been struggling to protect its quarterback and give its running backs open lanes to run through.