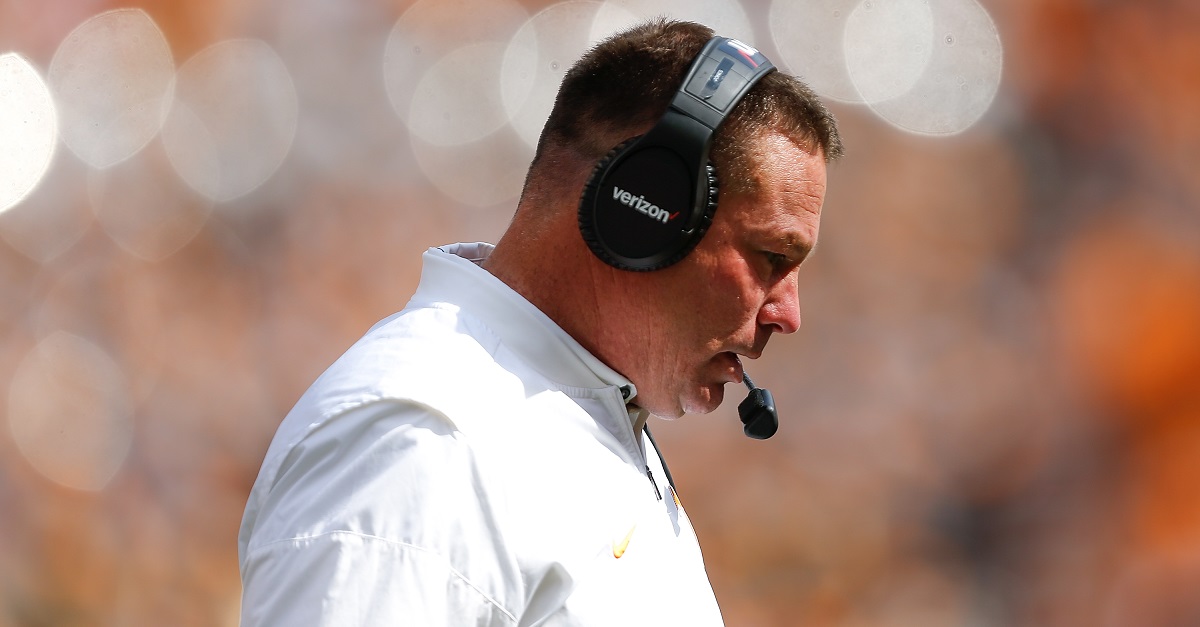 The Vols entered with two active quarterbacks — starter Jarrett Guarantano and backup freshman Will McBride. McBride had redshirted through nine games, which meant even playing a single down would completely wipe away his extra year of eligibility.

When asked if he was willing to burn McBride’s redshirt if Guarantano’s helmet came off — which forces a player to leave the field for the following play — Jones flat out answered “he’ll be in the game and ready to go” during his press conference earlier this week.

Butch on if Guarantano losing his helmet for one play would make him pull Will McBride’s redshirt. “He’ll be in the game and ready to go."

In similar fashion, Guarantano went down with an ankle injury late in the second quarter following a big hit in the backfield. McBride entered the game and lasted three plays before the starter returned to action.

Three plays, one incomplete pass and a burned redshirt.

Butch Jones is the worst coach at any level of football that I've ever seen. What a waste of a redshirt. Run the Wildcat. #Vols

And just like a midnight ride with John Kelly, Will McBride’s redshirt is up in smoke.

Soooooo…who goes in at QB if McBride gets hurt?

If they just burned a Redshirt for 3 plays, that’s coaching malpractice. You give the John Kelly 3 straight snaps. #Vols

If I was McBride, I'd formally request a transfer before noon tomorrow, and get started again on a redshirt /transfer year.

He just Tennessee’d so hard, y’all.

We couldn’t have run wildcat with Kelly and Chandler three times? https://t.co/4vIzamxsh5

Editor’s Note: Will McBride replaced Jarrett Guarantano for a second time during the third quarter of Saturday’s game against Southern Miss and is likely to stay in the game after further evaluation.