Another coach has reportedly turned down the Tennessee job 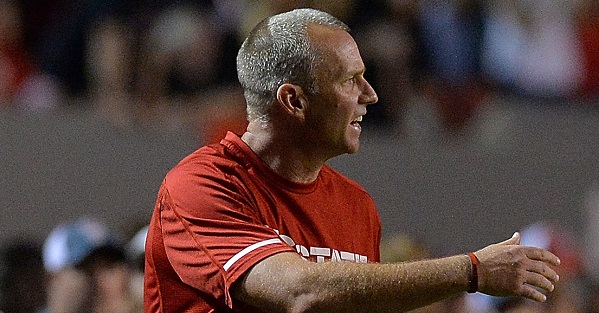 With the Tennessee coaching search (somehow) still ongoing, there is increased attention on Knoxville with each passing day. From the beginning until this point, the Vols have done everything possible to bungle their desire for a new head coach but, for a brief moment on Wednesday evening into Thursday morning, the stars appeared to be aligning in the form of NC State head coach Dave Doeren emerging as the primary target for Tennessee.

There were signs, though, that NC State would be putting up a fight to keep the coach in place at his current spot.

#Tennessee coaching search update: Source tells me #NCState’s Dave Doeren who the #Vols have now targeted, has a contract offer in front of him from NCSU with increases compensation and years, as well as an enhanced salary pool for his staff.

With that as the backdrop, one report has emerged from a (very) credible source indicating that Doeren isn’t going anywhere, as Pete Thamel of Yahoo brings word of that drastic reality.

Given the new reported contract offer from the Wolfpack to keep him around, this is not the biggest shock in the world. In the same breath, it would have been largely unthinkable even a few days ago that the coach at NC State would turn down a huge offer from Tennessee, perhaps speaking to the mess that is occurring in Knoxville at the moment.

Eventually, Tennessee will hire a head coach but, apparently, it won’t be Dave Doeren.