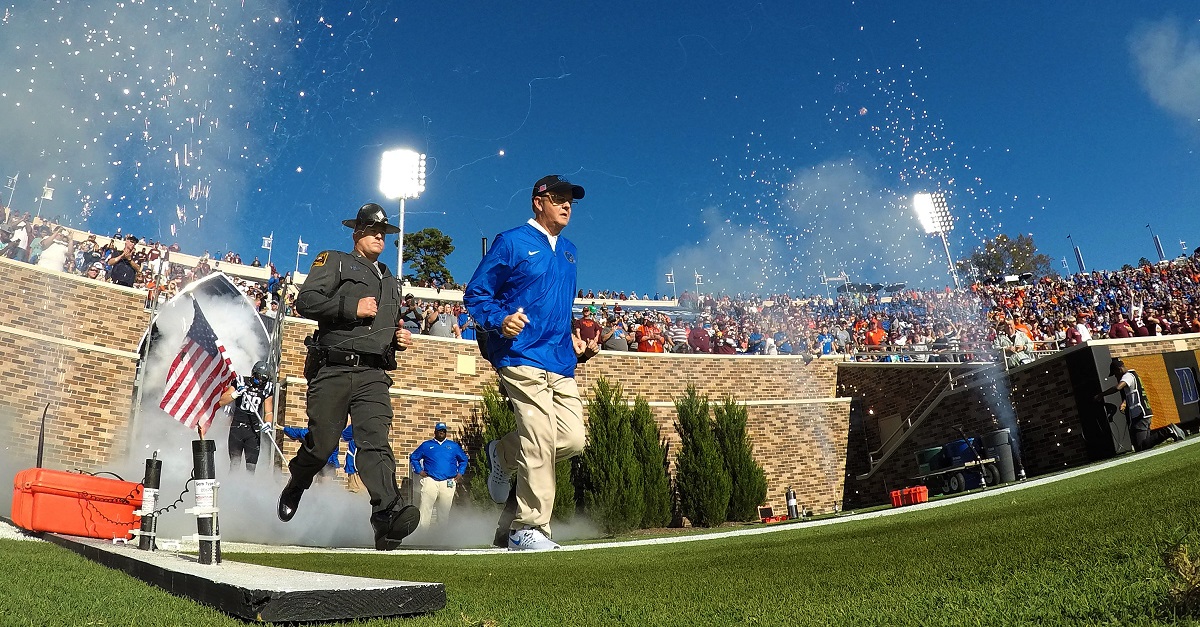 Tennessee has reportedly reached out to former offensive coordinator and current Duke head coach David Cutcliffe about its coaching vacancy, according to ESPN’s Chris Low. However, Cutcliffe declined the job offer and instead plans to finish his career at Duke.

Tennessee has reached out to David Cutcliffe about the Vols' head coaching job, but Cutcliffe informed UT officials that he wasn't interested and plans to finish his coaching career at Duke. The Blue Devils are bowl eligible for the 5th time in the last 6 years.

He began working as a head coach in 1998, taking over at Ole Miss and spent seven seasons with the Rebels, but returned to the Vols as an offensive coordinator in 2006 and spent two seasons with the team prior to accepting his current position at Duke in 2008.

Cutcliffe holds a 102-96 overall record during his two head coaching stints. Cutcliffe has been lauded for his job at Duke, where he has led the Blue Devils to postseason appearances in five of the last six years. Prior to Cutcliffe’s arrival, Duke had only been to two bowl games since the 1961 Cotton Bowl and the program only had 10 total wins between the 2000 and 2007 football seasons.