Decision made on drug charges for Vols wide receiver 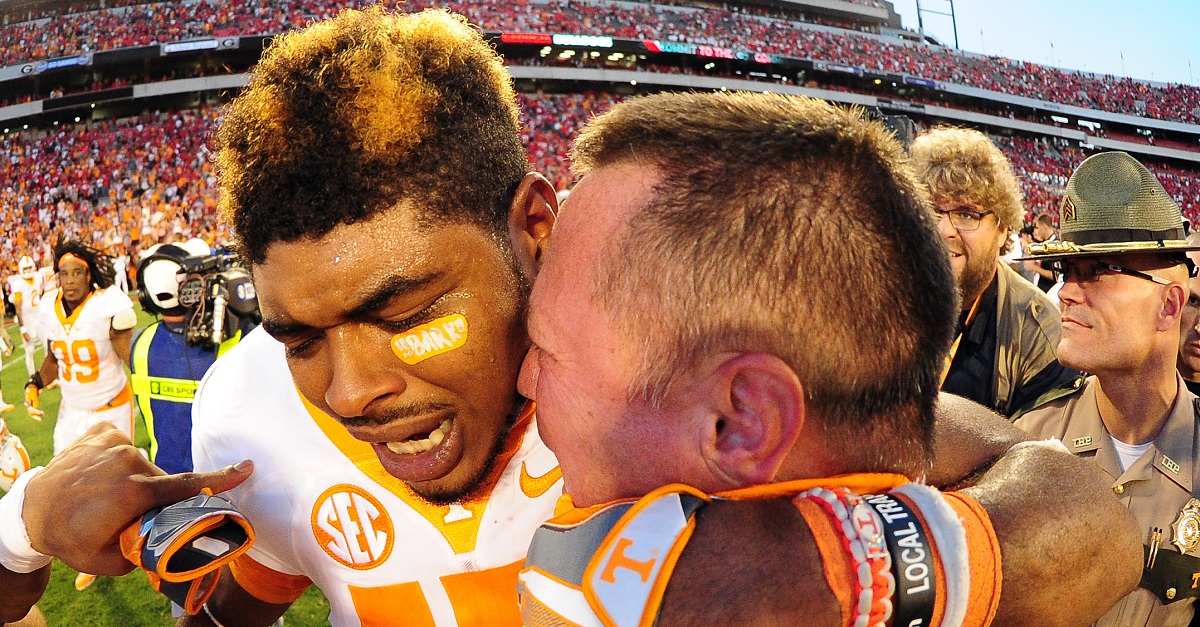 Jauan Jennings had just started to rise as a star for the Tennessee Volunteers in 2016, but was hit with a misdemeanor charge of marijuana possession in January. However, it looks like the charge was dismissed Monday morning according to a report from the Knoxville News Sentinel.

The 6’3″, 205-pound receiver was charged with the misdemeanor after a Jan. 15 traffic stop near Tennessee’s campus. The charge was dismissed on payment of court costs Monday as confirmed to the News Sentinel by the Knox County General Sessions Court Clerk’s office.

Jennings had 580 receiving yards and seven touchdowns on 40 catches, and is known for his Hail Mary catch against Georgia that kept the Vols’ winning streak alive at the time. He is expected to be the leading receiver since Josh Malone left for the NFL Draft.