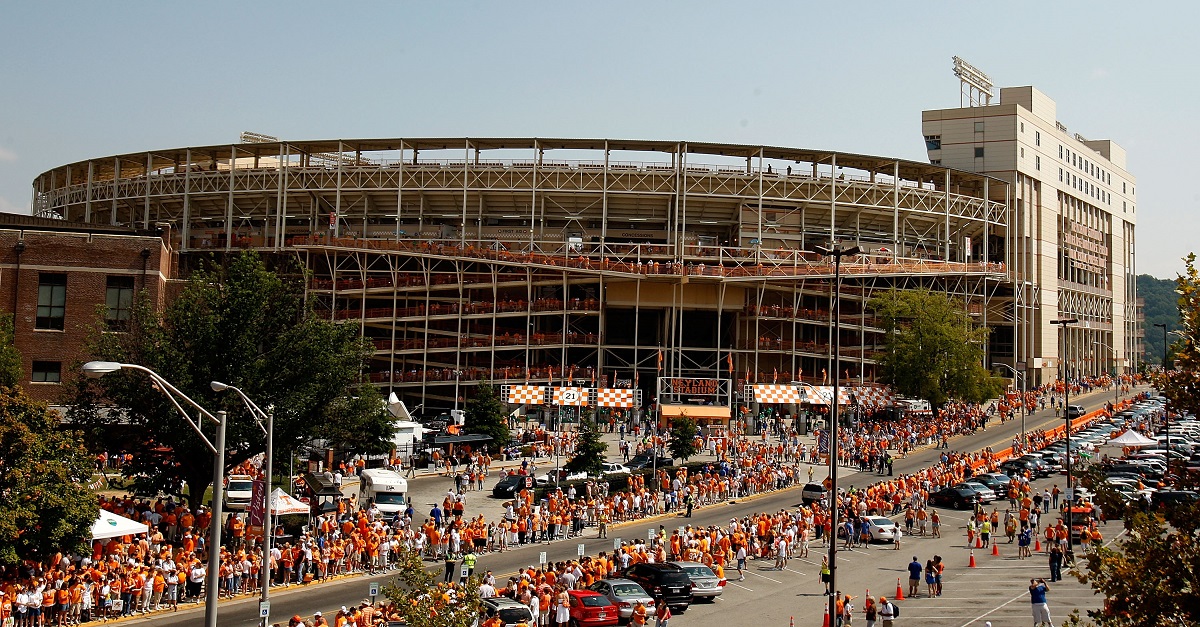 Tennessee is playing Kentucky and looks like it will come away with a win. The Vols are currently up 42-22 over the Wildcats in the fourth quarter and some fans seemed to have gotten bored. One fan was escorted out of the stadium by police for an incredibly stupid reason.

#Vols fan just got escorted out of Neyland by police for throwing a paper airplane. On the way out, another paper airplane hit the cop. Ha.

He wasn’t taken out for disorderly conduct or being belligerently drunk, but for throwing a paper plane. Apparently this has happened before though.

I think #Vols fans are looking for some more entertainment during this game. Currently throwing paper airplanes on the field. pic.twitter.com/qkDbp8yZK2

There are paper airplanes and paper balls being thrown in Neyland stadium.

Update: 3 paper airplanes have made it to the field here at neyland stadium