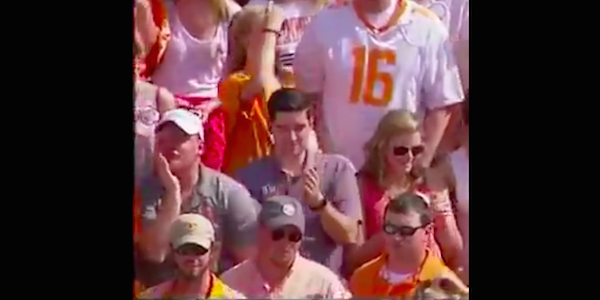 It’s been a long season for Tennessee football fans.

The Vols have struggled mightily through their first five games and their fans have become increasingly frustrated.

Among the anguish, one fan was captured flipping double birds during Saturday’s live broadcast of Tennessee’s game against South Carolina on ESPN.

Me when we fire Butch Jones pic.twitter.com/wzf08mJL78

Keep in mind, Tennessee was actually ahead 6-3 midway through the second quarter when the incident took place. However, Vol fans have been trained to expect the worst in 2017 and team ended up losing 15-9.

I’m not entirely sure who (or what) the fan was flipping off, but the likely sarcastic, polite golf clap at the end is a nice touch.