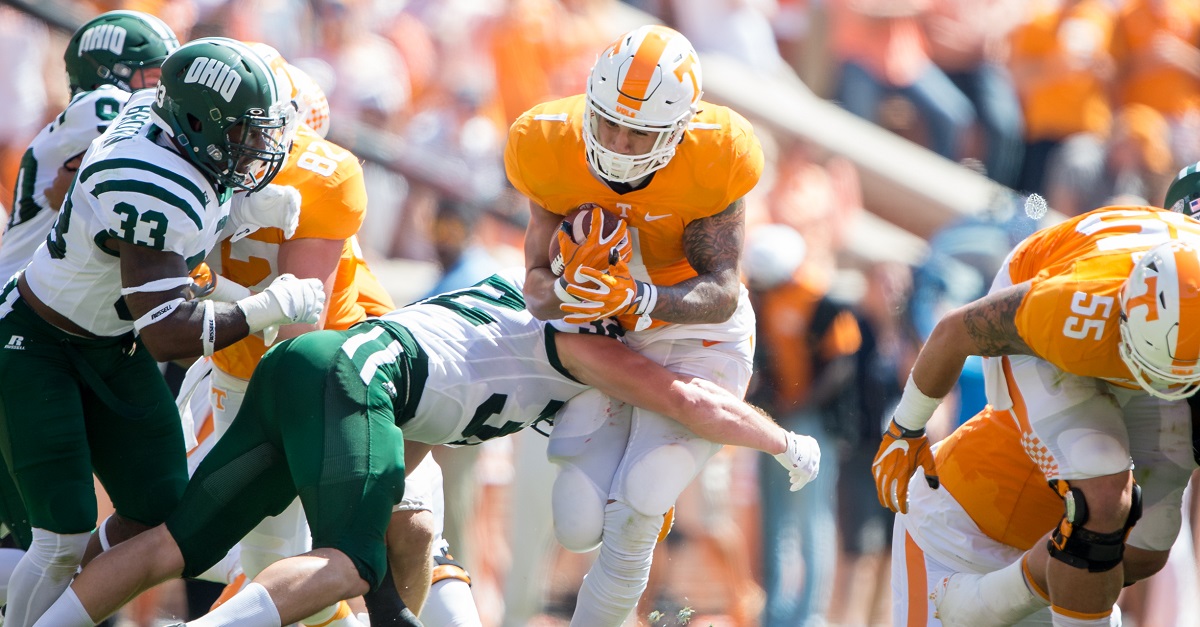 Some people might be alright with running back Jalen Hurd leaving Tennessee’s program, but Greg McElroy is not one of them. The former Alabama quarterback and BCS Champion had some pretty harsh words for Hurd during a recent interview on SXM College Sports radio.

?By all accounts [t]his kid is all about the NFL, that?s all he cares about, I can tell you one thing. When he?s getting evaluated draft evaluators and front office personnel, there will be a massive red flag next to his name, knowing that when things got a little tough and they lost three in a row, he decided to walk out on his team. What does that tell you about his character and his competitive spirit?

?He?s forever going be remembered as a quitter.?

McElroy called it a ‘selfish’ move and he clearly doesn’t think that it will help him when it comes to getting drafted. However, starting fresh at a JUCO and getting reps as a tight end or receiver could help him should he come back to the ranks of D-I and eventually try to get into the NFL.