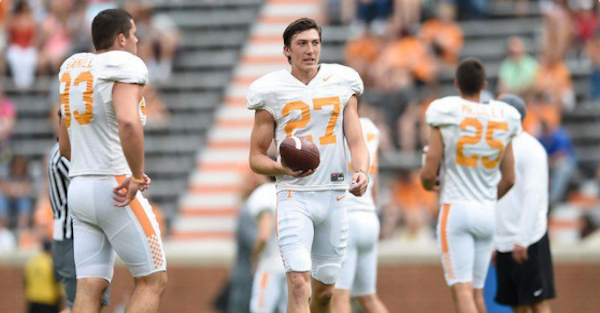 After only being on campus for one season, former U.S. Army All-American Tommy Townsend is transferring out of Tennessee, RockyTopInsider.com reports. He redshirted last season after walk-on Trevor Daniel beat him out for the spot and averaged 45.7 yards per punt.

Townsend was the seventh-best punter in his class and is looking for more playing time as Daniel is only going to be a junior, which means Townsend would end up waiting two more years to get a shot to prove his worth. Wherever he goes, he will have to sit one year before playing per NCAA transfer rules.

Townsend out of Orlando, Florida was one of the most sought-after punters in the nation during his recruiting class.