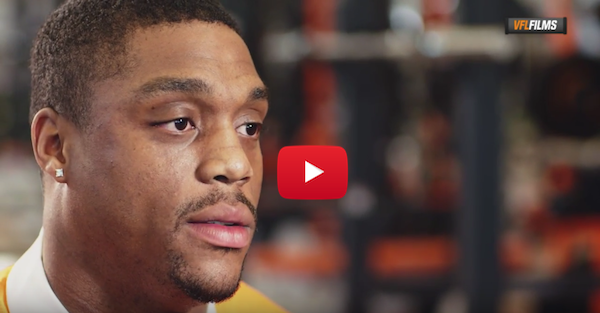 Jason Croom was expected to be a huge part of the receiver corps for Tennessee in 2015, but suffered an injury that kept him out for the season. Now he’s fully recovered and ready to play football, but not at the receiver position. He’s taking reps at tight end and that was his decision as he tells us in this UT Football video update.