After being kicked off the team, former Tennessee star now trying to get back on it 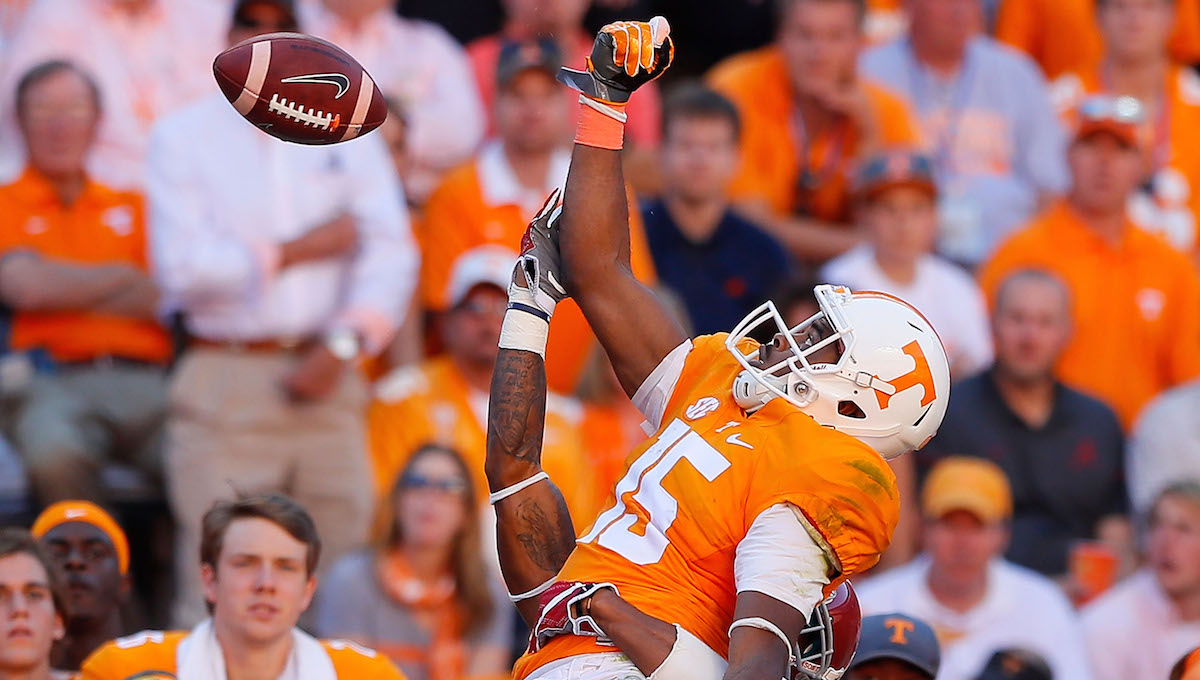 Former Tennessee wide receiver Jauan Jennings is hoping to meet with new athletic director Phillip Fulmer and new head coach Jeremy Pruitt to discuss a potential return to the football program after being dismissed in November, according to multiple reports.

Was told a bit ago that Jauan Jennings is hoping to at least meet with new Tennessee coach Jeremy Pruitt & AD Phillip Fulmer in regards to possibly being allowed back into the program. He is currently not enrolled at Tennessee according to database.

Hearing same. Jauan is not at all a bad dude. Deserves a zero-strikes chance https://t.co/GHV1y1Tp8l

Jennings was dismissed by former interim coach Brady Hoke and former athletic director John Currie after going on a rant during an Instagram Live post last month. In the video, the receiver criticized the Vols? former coaching staff for apparently preventing him from playing in the team’s final game against Vanderbilt after sitting out the majority of the season with a wrist injury, while making a plea for the next coach to be ?honest.?

Here?s a transcript of Jennings? video:

(Warning some language is NSFW)

?I?m leaving. I?m going back home. (In response to his status for Saturday?s game against Vanderbilt.?

?I was practicing to play against Vanderbilt?I can?t stand those b*****s, each and every one of them. Real deal, trying to come back but you got some lying ass coaches. Lying ass b*****s.?

?Bring us a coaching staff that is honest and we?ll do everything for everything that will do for the kids.?

Sources told SEC Country that there was no previous report of Jennings making his return from injury on Saturday. The junior wide receiver sat in the stands at Neyland Stadium during the previous week?s loss to LSU.

Jennings suffered the injury during the second quarter of Tennessee?s 42-41 overtime win over Georgia Tech in Week 1 and was originally expected to miss up to 12 weeks of action due to a dislocated wrist, according to Volquest.com.

Following the incident, Tennessee WNML?s Jimmy Hyams detailed Jennings? transgressions throughout the season in a blog post for the station?s website on Friday, two days after the former star wide receiver was kicked off of the team.

?He is a talent with a bad temper. He is an athlete with an awful attitude,? Hyams wrote. ?He didn?t come to practice. He didn?t go to the weight room. He didn?t rehab in the training room. He didn?t attend most games. Some teammate, huh? He also didn?t consistently go to class, putting his eligibility in question. Jennings was gone so long from the team, Tennessee cleaned out his locker, believing he had quit, sources said.?

Jennings was the Vols? leading returning receiver with 40 receptions for 580 yards and seven touchdowns in 2016. He emerged as a favorite among Vol fans after recording a big touchdown during the team?s win against Florida, as well as a 43-yard Hail Mary touchdown to defeat Georgia last season.