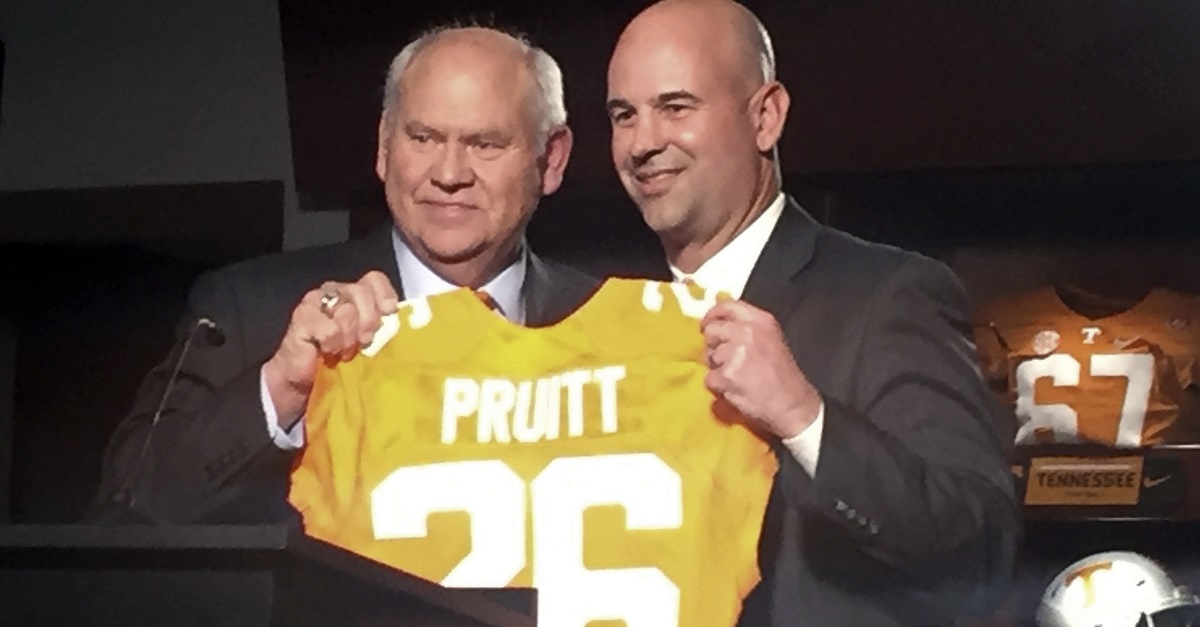 During a media conference call, Herbstreit compared Smart to Alabama coach Nick Saban prior to their upcoming matchup and added that he expects Pruitt, who succeeded the Bulldogs head coach as the Tide’s defensive coordinator last season, to take a similar approach to his former predecessor in his career change.

?When you go to practice and watch him coach, it?s crazy how similar and how demanding he is on the defensive side of the ball,? Herbstreit said of Smart?s likeness to Saban. ?I think Jeremy Pruitt, I don?t know if he?ll have the roster that Kirby inherited in Athens. But he?ll have the same kind of approach in Knoxville. Wouldn?t be surprised at all to see him be successful.?

Smart, who spent eight seasons as a defensive coordinator during his nine-year tenure at Alabama, will appear in his first College Football Playoff National Championship Game as a head coach in just his second season.

That quick turnaround is something Tennessee fans would hope to see from Pruitt, although it’s an unreasonable achievement to expect any new coach to match.

Similarly, Tennessee fired former coach Butch Jones after two seasons in which the team failed to win the SEC East — despite being picked by many to do so during the preseason — but that also preceded he worst finish in program history last season.

Still, there’s plenty for Vol fans to be excited about with Pruitt and Herbsteit’s comments should add to the optimism.