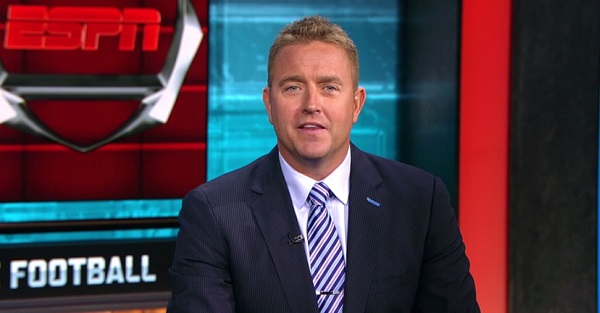 ESPN’s Kirk Herbstreit is “excited” to see what first-year Tennessee coach Jeremy Pruitt has in store during his tenure on Rocky Top.

When asked by a Twitter user about his expectations for Pruitt’s first season, Herbstreit said he expects him to “do a great job,” while crediting him for being an “outstanding recruiter” and relatable to players.

@KirkHerbstreit What do you think of Jeremy Pruitt's possibilities for the Big Orange this year. Recruiting is going well, but we need to close strong.

I think he’ll do a great job. Been around a lot of winning last 10 years or so. Outstanding recruiter. Relates well to players. Excited to see what he’ll build on Rocky Top. https://t.co/DkW0GFLVJX

Pruitt has managed to not only salvage Tennessee’s class for the 2018 national recruiting cycle, but also also boost the Vols to a No. 19 overall ranking, having already earned commitments and signatures from 18 prospects since taking over the job in December.

Tennessee currently ranks sixth among SEC teams for the 2018 class after having dropped to around 12 or 14 prior to Pruitt’s arrival.

The Alabama alum has served as the Crimson Tide?s defensive coordinator during the past two seasons — which including coaching through the College Football Playoff, despite having accepted the job at Tennessee several weeks prior — after having previously held the same position at Georgia (2014-15) and Florida State (2013), where he helped lead the Seminoles to a national championship.

Pruitt had also previously worked for the Tide as a defensive assistant from 2007-12 and as a graduate assistant in 1997, as well as a high school assistant throughout the state of Alabama from 1998-2006.