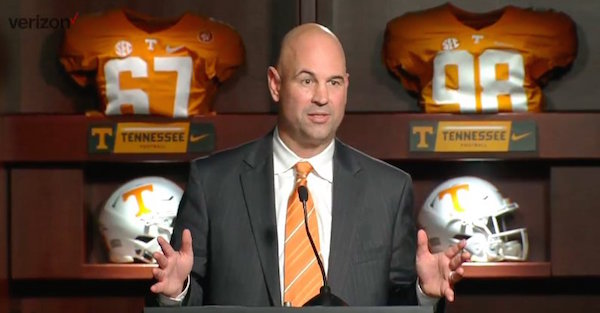 According to USA Today’s Dan Wolken, the Vols have hired Memphis wide receivers coach David Johnson for the same position.

Johnson spent the past two seasons at Memphis coaching wide receivers, following four seasons at Tulane in which he coached both running backs and tight ends.

Earlier this week, Pruitt confirmed that the wide receivers coach position was the only remaining vacancy on his staff during his press conference on Wednesday.

Tennessee will kickoff its season on Sept. 1 against West Virginia in Charlotte.