Tennessee fans freaking out over Jon Gruden sighting in Knoxville 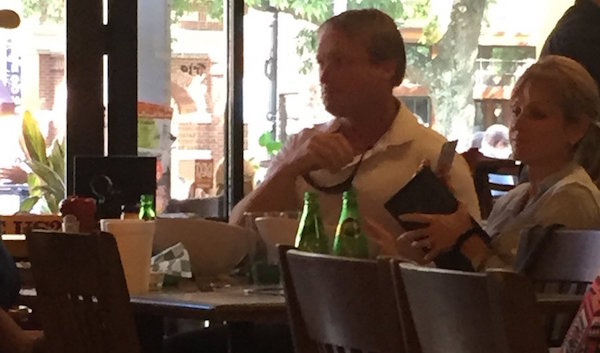 Jon Gruden, Tennessee fans’ dream coaching candidate for years, was sighted in Knoxville on Friday and is expected to be in attendance for Saturday’s game against South Carolina at Neyland Stadium.

Naturally, Tennessee fans tweeted their excitement of what can only be compared to seeing Big Foot in the wild.

A.) Doesn’t Gruden have a kid that goes to UT?
B.) Aren’t the Titans on Monday Night Football?
C.) Nevermind. Y’all have fun. You deserve it

If Jon Gruden really wants to create some excitement, he’ll make sure ESPN cameras catch him talking to John Currie on Saturday.

I'll tell ya man, I'm thinking of bringing the Spyder Banana playbook to both schools next year. You coming Tirico? Need ya Mikey. https://t.co/VBA3wGS9VG

When I saw the Gruden pic pic.twitter.com/9HLRbK3NB1

All I see is "Gruden's kid goes to UT and his family want to be closer to their son…He's coaching the Vols next year." #VFL https://t.co/JGb6Ehs1SJ

For those unaware, Gruden’s past ties to the Tennessee football program have led Vol fans to believe that the former Super Bowl winning coach could possibly take over on Rocky Top.

But that won’t stop the Volunteer faithful from dreaming, especially with many ready to move on past current head coach Butch Jones.

If nothing else, Saturday’s game against South Carolina just became much more interesting.