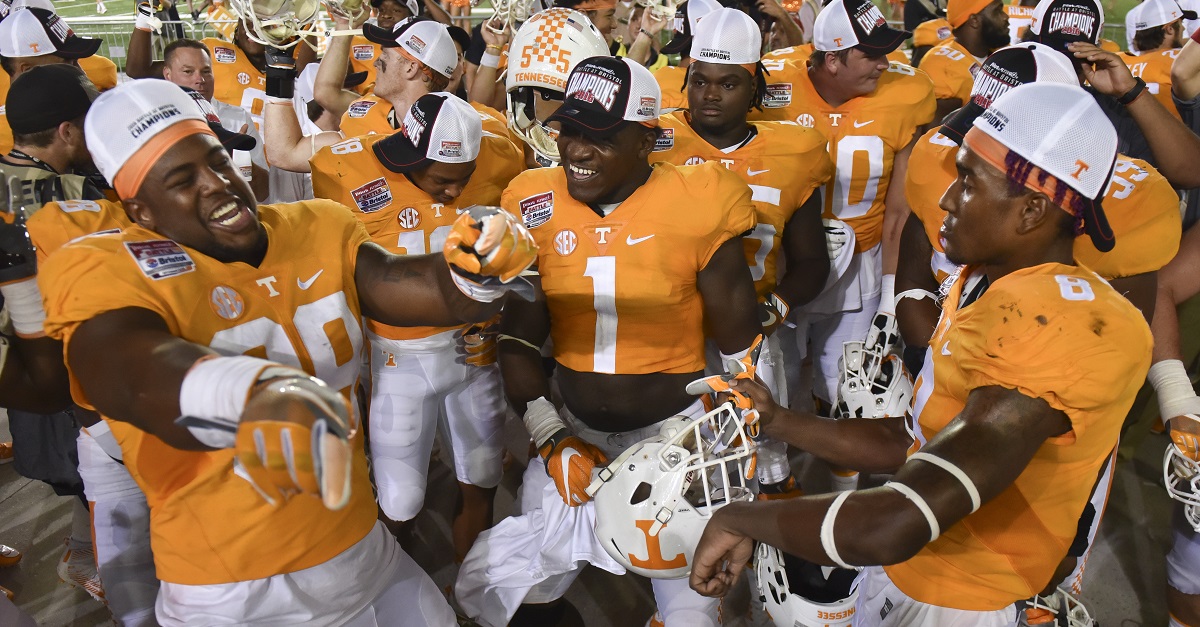 Tennessee starting defensive end Jonathan Kongbo will reportedly miss Saturday’s game against Southern Miss due to a suspension, according to multiple reports.

Per folks in the @Vol_Football program, @Kongbo_1 will not play tonight due to suspension. Fate of @UTCoachJones no impact by this game.

UT is really pressuring the announcement to be delayed, but Jonathan Kongbo has been suspended for "violation of team rules"

As mentioned by FOX Sports’ Jon Reed, Tennessee has yet to confirm the lineman’s suspension.

Kongbo has appeared in eight games this season and recorded 26 tackles, including one sack. He also played in all 13 games and made two starts for the Vols during his first season with the team in 2016.

The former Arizona Western College transfer ranked as the No. 1 JUCO prospect for the 2016 national recruiting cycle. He was ranked as a five-star recruit by Rivals.

It’s also worth noting that Brice’s tweet confirmed that Saturday’s game will have no impact on head coach Butch Jones’ future with the team.

The Vols will host Southern Miss at 7:30 p.m. EDT at Neyland Stadium for their homecoming game on Saturday night.