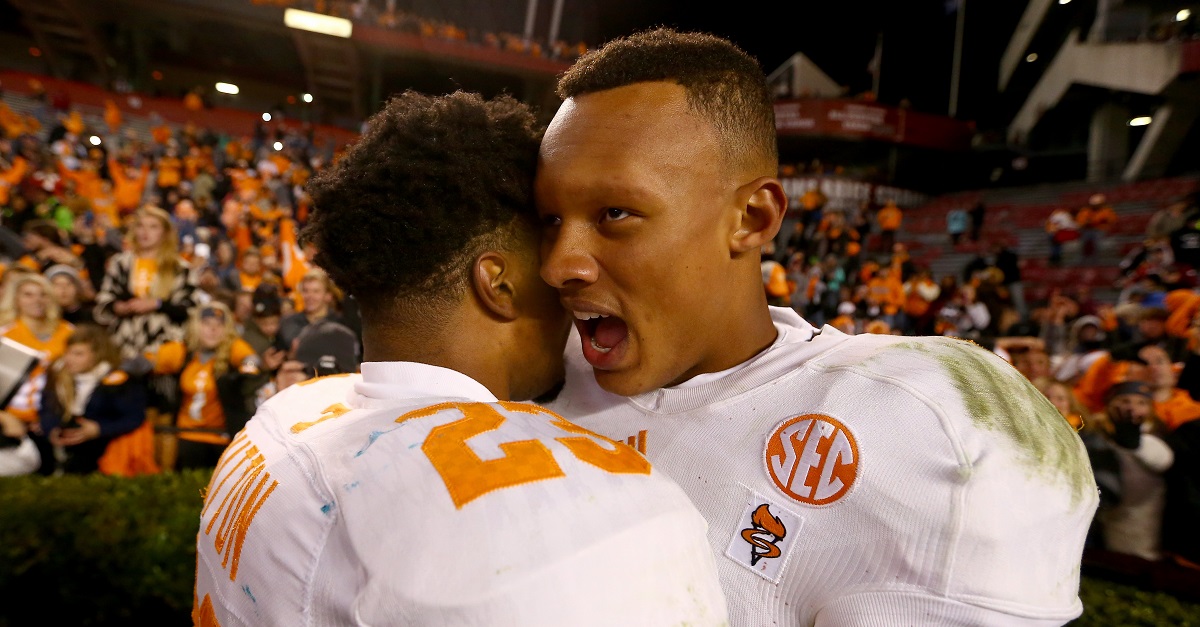 With the NFL Draft coming later this month, the mock drafts are ramping up now that some free agent signings have taken place and some rumors are swirling around. Players are working out for teams and it seems that one player thought to be a potential seventh rounder or even an undrafted free agent has gotten a whole lot of love from ESPN’s Mel Kiper Jr.

On conference call, @MelKiperESPN said @josh_dobbs1 a potential late 2nd/early 3rd round pick. His 6th or 7th QB in draft@Vol_Football

RELATED: Josh Dobbs’ intelligence could be a weakness according to FOX Sports analyst

Dobbs started really impressing scouts at the Senior Bowl a couple months back and it seems his workouts have been going well too or else he wouldn’t have momentum like this heading into the draft. His intelligence should help him learn whatever system he gets drafted into and it doesn’t hurt to go in the mid rounds of this draft with so many QBs rated so low in this particular year.

Dobbs has even been called the next Dak Prescott by Jon Gruden and could become that if the situation is right. Of course, with this new prediction from Kiper he could end up in a very similar spot as Prescott did last year in the fourth round as the No. 135 pick overall.