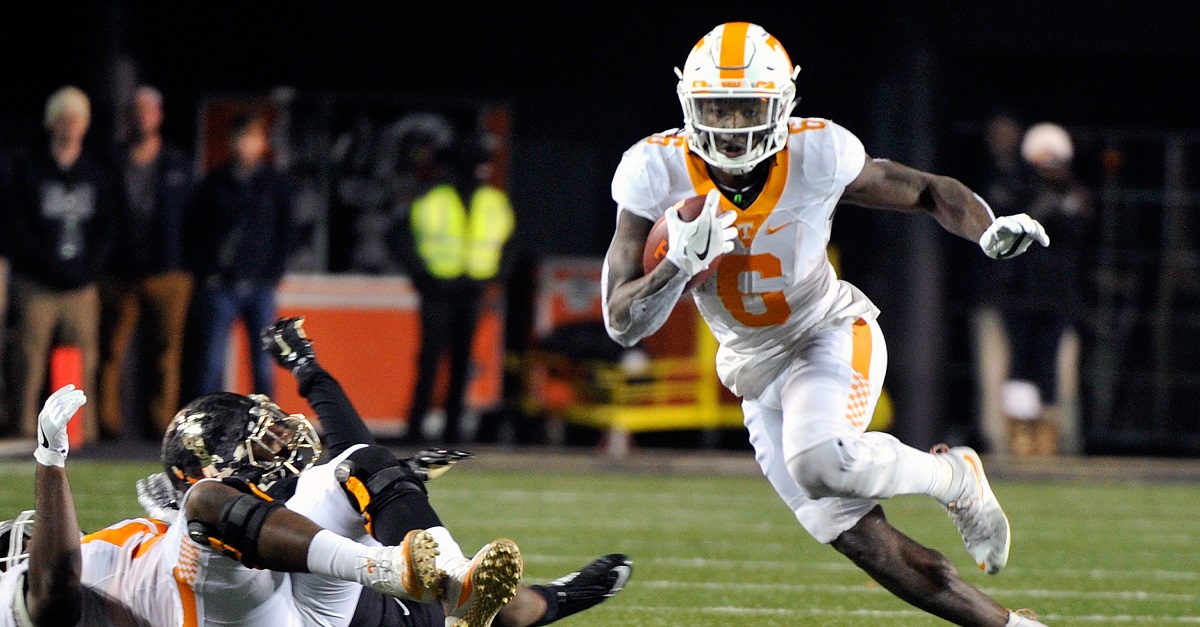 Usually when players say they are a Vol for life, that includes their immediate family like their parents. Apparently that does not apply when a player transfers out because Jalen Hurd’s mom didn’t waste too much time in taking her shots at another Volunteer.

Hurd’s mother, Tara Smotherman, decided now was the time to show her sour grapes and diss another former running back in Alvin Kamara. He decided to go pro after this season when he got an increased workload due to Hurd’s transfer in the middle of the season, but Smotherman is convinced he’s not going to be a good pro.

There doesn’t seem to be any context for this tweet, but it also seems out of line. Kamara finished this past season with 596 rushing yards, 392 yards receiving and 13 total touchdowns. That’s a strong ending that he’s hoping to parlay into a solid draft pick in a draft year that’s fairly deep at running back.