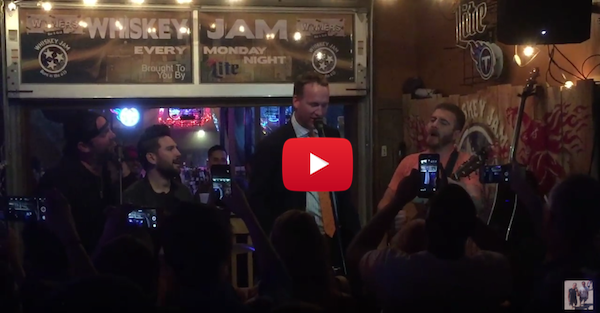 Peyton Manning was a phenomenal and Hall of Fame quarterback during his time at Tennessee and in the NFL. However, he is not quite on the same level when it comes to singing. He tried his hand during a karaoke night in Nashville and paired up with country singer Lee Brice on stage at Winners Bar and Grill.

He tried his hardest to sing the Tennessee fight song “Rocky Top” and Johnny Cash’s “Folsom Prison Blues” and it was not very good. That’s putting it nicely. Maybe he should just stick to the Nationwide jingle and some commercials. Gotta know your wheelhouse, Peyton.