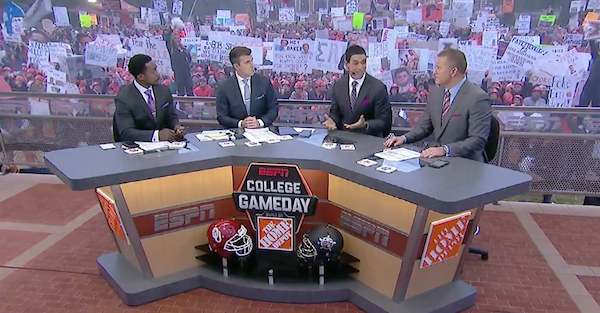 Here’s an example of a tweet that did not age well.

The GameDay host called Jones a “good coach” and vowed that if Twitter was “still the rage” three years later, he’d bet that Tennessee fans wouldn’t be tweeting “venom.”

I just…I don’t know where to start with this. Granted, it’s five years later and Jones was much more popular in his third season, but there were still plenty of Tennessee fans that had already jumped off the “brick by brick” bandwagon.

Still, the fact that Davis not only predicted the coach would be celebrated, but also questioned whether Twitter itself would continue to exist seems hilarious in hindsight.

Naturally, I decided to jump in on the fun and share it with my followers, as well as the popular account, @OldTakesExposed, which got plenty of attention.

I don't think I've ever seen a tweet age more poorly than this. Literally every aspect of it…@OldTakesExposed #Vols #VFL pic.twitter.com/f25D2AjRkO

Either way, I meant no disrespect to Davis, who is great at what he does regardless of this take that many other media members seemed to share during the hire. Sorry Rece, here’s an olive branch.

I'm sorry to do this to you @ESPN_ReceDavis. We cool?

Still, considering how Tennessee Twitter has yearned for Jones’ termination this season, Davis’ take couldn’t have been any colder.