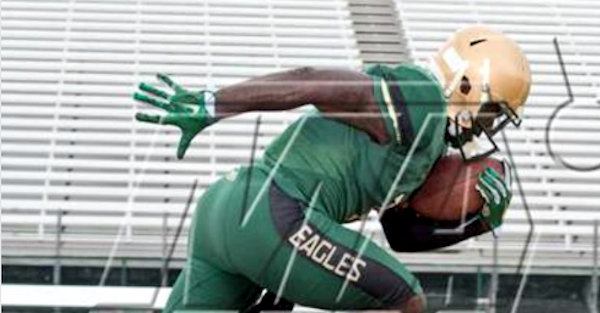 Speedy receiver KD Nixon out of DeSoto, Texas originally committed to the Volunteers back in April. However, he just decommitted this past weekend in a tweet, which certainly saddened some fans.

It looks like the decommitment might not be complete though as the tweet with his announcement to move on was deleted despite not really receiving much heat about it. The 5’8″, 182-pound receiver Nixon confirmed the decision to Scout‘s Greg Powers right about the time he tweeted originally.

“I have decommitted from Tennessee,” Nixon reported to Scout.

Now that he is back on the market he is considering offers from programs such as Baylor, Oklahoma State, TCU, SMU, UTSA and Oregon. The Ducks are the lone school to yet extend Nixon an offer on his new list, but it has been a school of note for some time in his recruitment and he has taken an unofficial visit to Eugene to see the campus.

But if the tweet is any indication, he might not be totally out of the Orange and White. At the very least, it should give Tennessee some hope as to being able to land the four-star wideout again.