Four-star Tennessee quarterback Adrian Martinez has flipped to another school 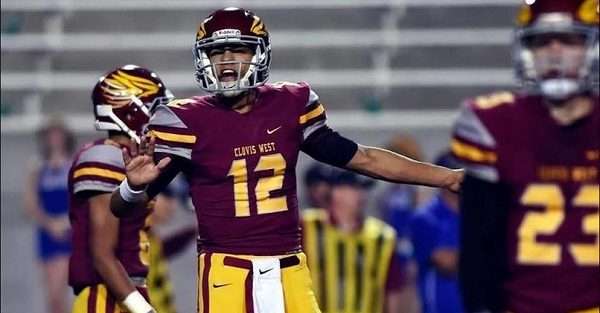 The coaching carousel always leads to interesting fallout on the recruiting trail and the saga of dual-threat quarterback prospect Adrian Martinez is an example of that. Martinez, who stands at 6’2 and 205 pounds from Clovis West in Fresno (Calif.), committed to join Butch Jones and the Tennessee Volunteers in May. Since then, a lot has transpired in Knoxville and, despite the presence of a hire in Jeremy Pruitt, Martinez has decided to flip his pledge elsewhere.

There were rumblings of this move potentially taking place, as Martinez took a visit to Lincoln last week and visited with Chris Bumbaca of Land of 10 after the fact with glowing reports.

?Really getting to know coach Frost and get a feel for him was probably, I?d say, the best part. He?s just a cool guy and obviously he?s a proven coach with a great track record. It was really cool getting to meet him and just finding out how genuine and down to earth he is.?

Frost has obviously enjoyed big-time success and, in Martinez, he is picking up a quality option that fits within the confines of the offense he would like to run. Martinez ranks as a top-150 prospect nationally according to the 247Sports composite and he is the No. 8 dual-threat quarterback in the Class of 2018. It remains to be seen as to whether he will “pop” at the next level but, in short, this is a huge loss for Tennessee and a very nice gain for Nebraska.

Pruitt will have some time to establish himself in Knoxville but this makes his job more difficult right away.