Tennessee reportedly parting ways with one of its top assistant coaches 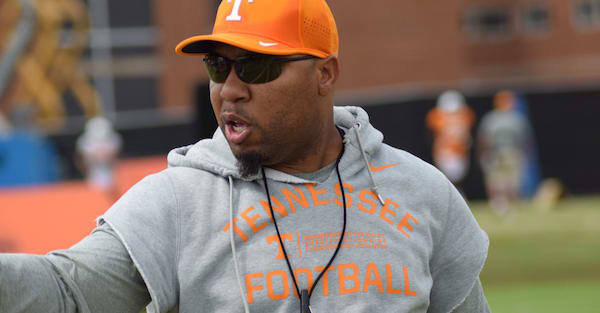 Gillespie was the only coach retained by new head coach Jeremy Pruitt from the previous regime prior to the report. He was among the coaches officially announced as part of Pruitt’s inaugural staff last week after National Signing Day.

Gillespie was making an annual salary of $515,000, according to contact information released last week via Volquest. However, he was not offered an extension and only had one year remaining on his contract, while the rest of Pruitt’s staff currently has two or three years remaining on their current deals.

Gillespie joined Tennessee’s staff as a running backs coach in 2013 and added recruiting coordinator and assistant head coach to his title during the 2015 season.

The running back position was one of the few bright spots for the Vols during a historically bad 2017 season, as well as throughout Gillespie’s tenure.

Gillespie was absent from Tennessee’s staff meeting on Tuesday morning, according to the report.