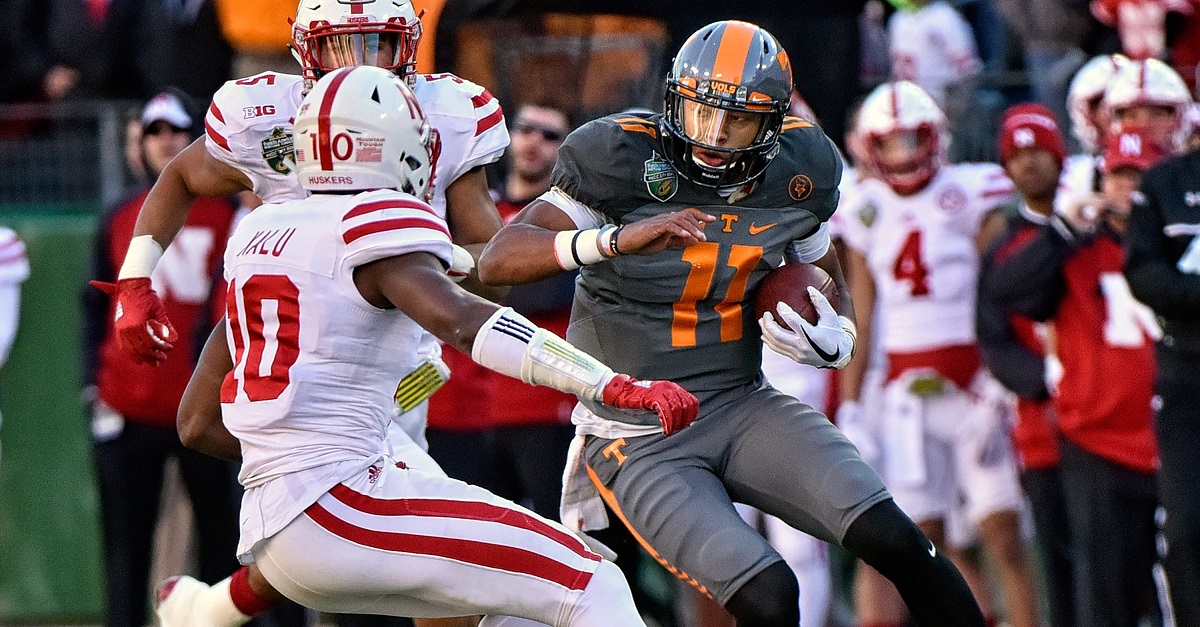 Tennessee is riding high after beating Nebraska 38-24 in the Music City Bowl. However, the feeling won’t last long as several sources have confirmed to GoVols247 that running back Alvin Kamara will be leaving the school to pursue an NFL career.

RELATED: Tennessee could be losing its best offensive weapon this offseason

Despite only starting eight of a possible 24 games, Kamara amassed over 2,000 yards from scrimmage and had an average of about a touchdown per game. Kamara didn’t even put in preliminary paperwork with the NFL to see where he might be drafted so it looks like he is pretty confident in his abilities.

RELATED: Jalen Hurd has made a shocking decision on his future

It’s bad enough that Tennessee lost quarterback Josh Dobbs to graduation and Jalen Hurd to the NFL as well, but to lose Kamara is almost to lose all hope on the offensive side of the ball for Tennessee next year. They’ll have a new starter at both the major skill positions at QB and running back and will likely fall off a little bit on the defensive side.

Hurd’s quitting in the middle of the season helped Kamara immensely though and bolstered his stock. It also helps that guys like Nick Chubb and Sony Michel said they were returning for another season at Georgia. The 5’10”, 215-pounder was deemed this week to be capable of being a “a day-one starter and three-down back” per a professional versed in this year’s NFL Draft evaluations but forbidden from speaking on the record.