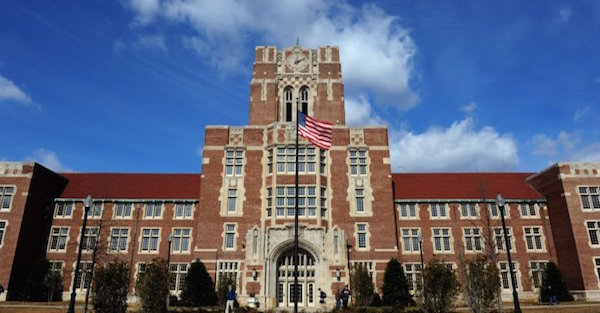 A University of Tennessee student participating in the Ace Miller Boxing tournament at the Knoxville Expo Center on Friday night, the Knoxville Police Department confirmed to WVLT.

Joseph Tanner Wray, 20, collapsed after his match around 9:30 p.m. and was transported to the UT Medical Center where he was pronounced dead on arrival, according to the report.

Wray was a senior studying aerospace engineering and a member of the Chi Phi fraternity, according to an anonymous source in attendance.

The annual boxing tournament, which includes participants from UT fraternities, was postponed and attendees were asked to leave after the student collapsed. According to the KPD, Wray was given medical assistance on-scene by trained personnel and “was about to sit on his stool int he rink” before being taken to the hospital.

“All my family and friends…last night was the absolute worst night of my life. My son, my baby, Tanner Wray, was boxing at UTK and collapsed from cardiac arrest. The doctors and nurses did everything humanly possible to resuscitate him, but were unsuccessful. The Lord called him home. He was an exceptional person and I do not know how I’m going to get through the next few days. I ask for your prayers to keep me strong as I lay my son to rest in the coming days.
Joseph Tanner Wray 5/19/1997-2/23/2018.”

UT held a prayer vigil for the student on its campus at 10:30 p.m. on Friday night.

Boxing Weekend is an amateur boxing event that features 55 participants from UT fraternities in 11 different weight classes, according to its official website via WVLT.

Police are awaiting autopsy results and confirmed to the news station that the “investigation is ongoing.”