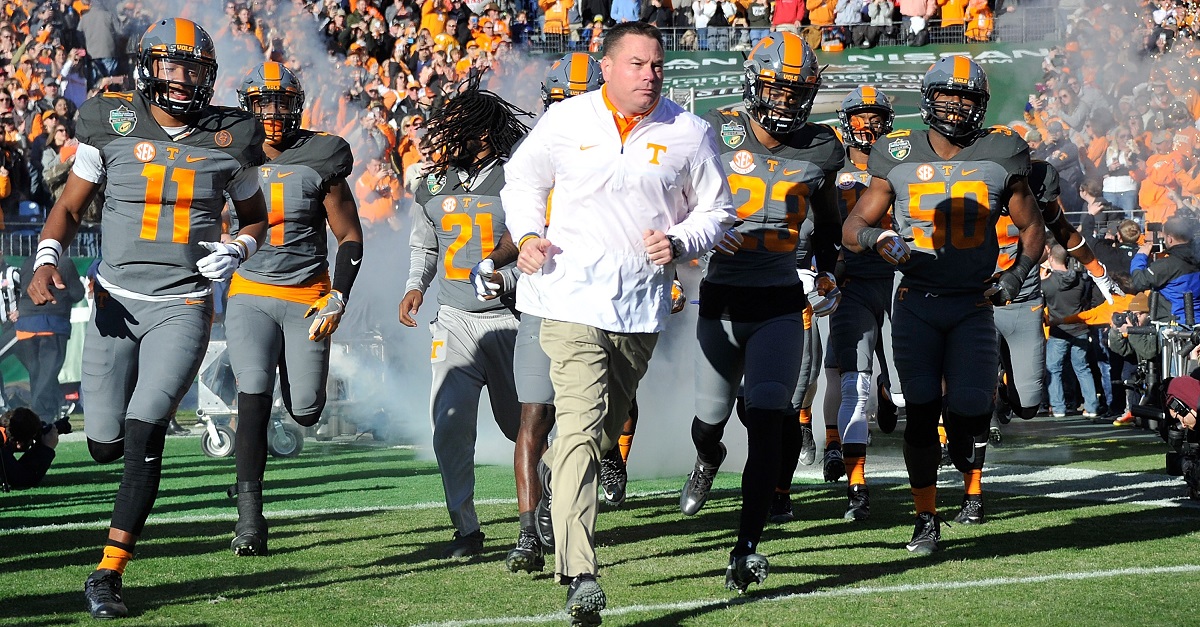 Tennessee was a solid enough team along the offensive line as it only allowed 25 sacks on Josh Dobbs and 72 total tackles for loss. Redshirt junior Brett Kendrick was a big part of that line and one of the most experienced lineman the Vols had this season.

The 6’6″, 318-pound lineman played a big portion of the season with three torn ligaments in his ankle. He tore the third ligament against Alabama in October and the other two in the spring game, but still didn’t miss a game after all of that. He finally had surgery on the ankle and it was performed in Knoxville on Thursday morning by Dr. Chad Ferguson. The good doctor expects a three to four month recovery process, which would put Kendrick coming back around April or May in time for summer workouts.