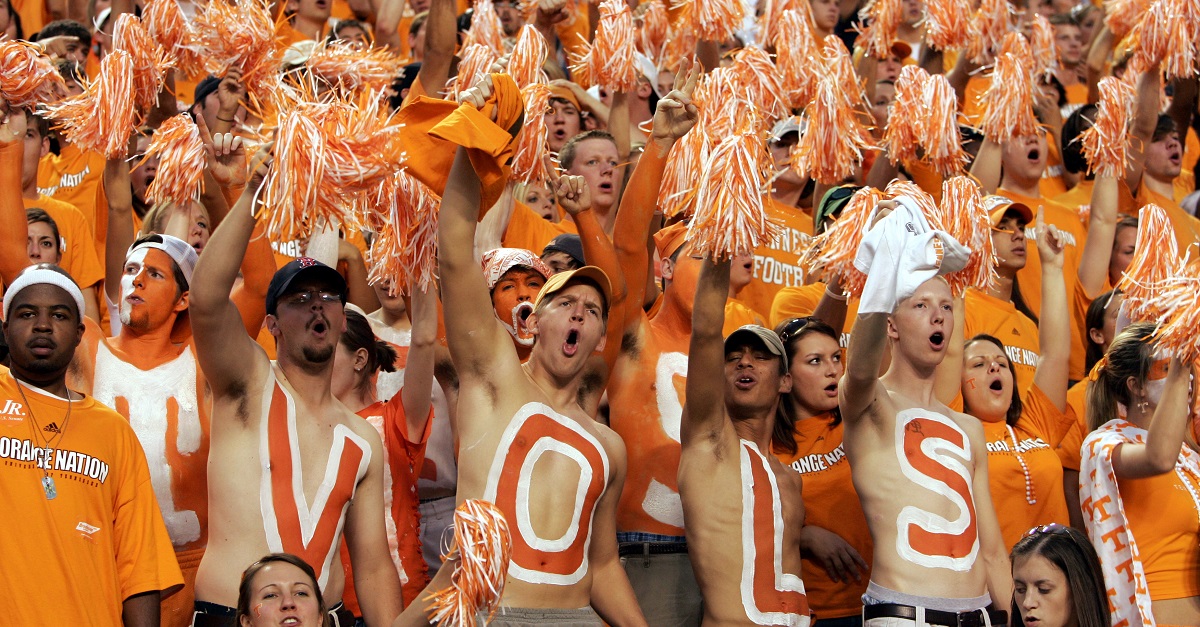 There are some rivalries that just extend beyond the field and the Tennessee-Alabama feud is one of them. Vols fans will go to Bryant-Denny Stadium to brave the verbal abuse from Bama fans, but what this guy did might go to the next level.

Just when you got used to seeing Tennessee fans fight each other, there’s a guy who’s willing to get caught in the middle of traffic just to wipe off a dirty truck with the message “Roll Tide” so he could make his own dirt message of “Go Vols.” Simply stunning.