Tennessee fans will checkerboard Neyland yet again for this rivalry game 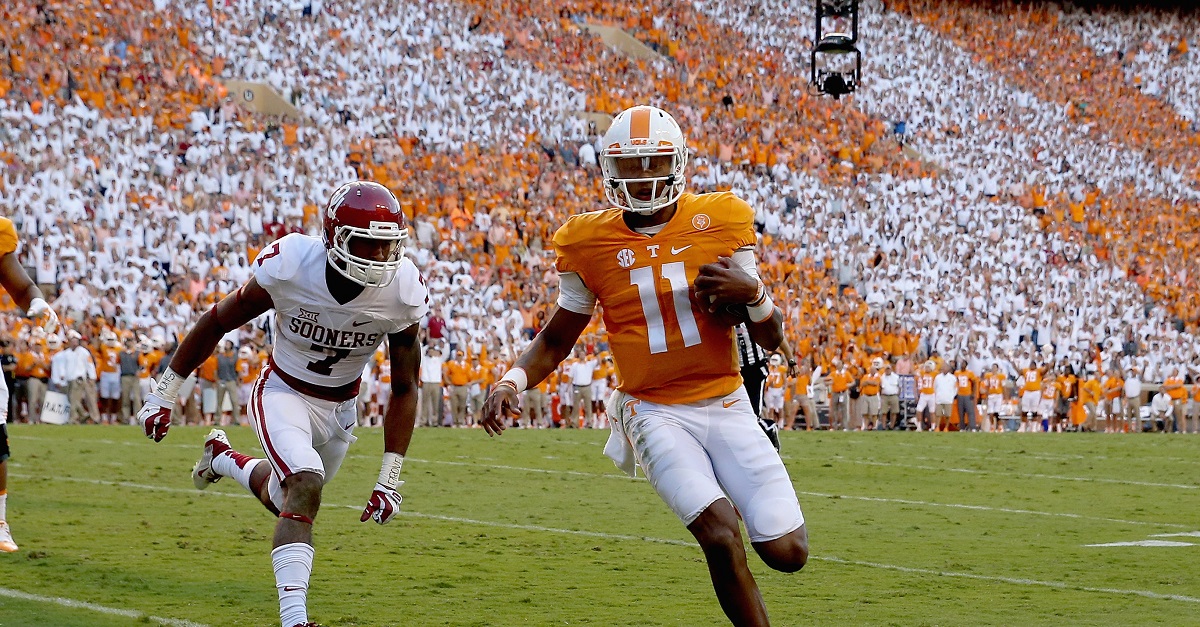 RELATED: Someone made a time-lapse of Tennessee checkering Neyland Stadium

Despite the awesome look of Neyland Stadium when checkered, some fans consider it bad luck since the Vols have lost in heartbreaking fashion both times they’ve done it. They lost to Florida in 2014 after leading 9-0 most of the game and suffered that horrific fourth quarter meltdown against Oklahoma last season where they led 17-0 going into the last quarter.

Regardless of how superstitious you are and how you feel about checkerboards, it’s going to be an incredible setting for fans and recruits watching the game. The Vols are already anticipating the game to be one of the best in-season recruiting trips in the nation for many of the top prospects on Tennessee?s recruiting board.