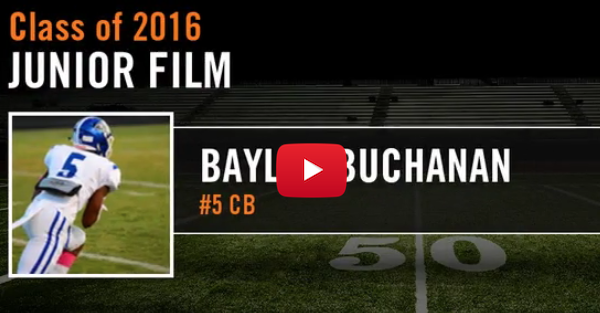 Tennessee is having a great 2016 so far with a huge win in the Outback Bowl over Northwestern and now some good recruiting news. Shortly after the win, Baylen Buchanan committed to the Vols.

Buchanan is the son of former NFL Pro Bowl cornerback and safety Ray Buchanan so the genes are great and his football knowledge shouldn’t be a problem either. THe younger Buchanan is a three-star recruit, but has a lengthy list of offers and even decommitted from Louisville — his father’s alma mater — after going on his official visit. He had offers from the likes of Georgia, Arizona, Iowa, Florida, Maryland and many more.