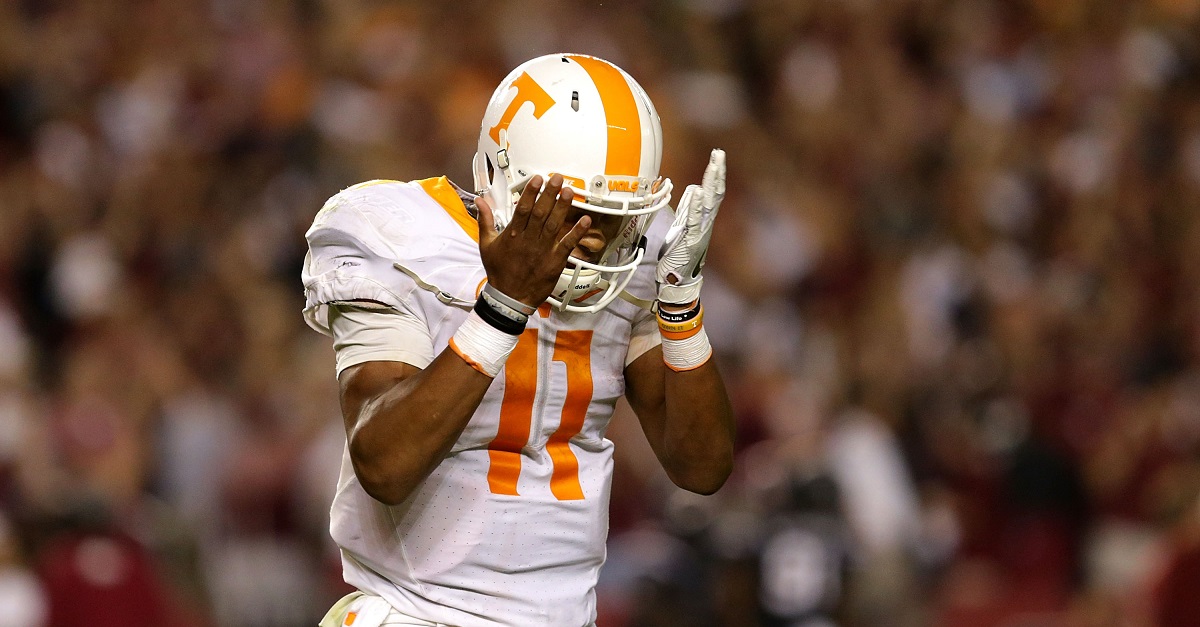 Tennessee is feeling kind of good after beating Kentucky 49-36 on Saturday and it seems the school is getting a little cocky. According to 247Sports, the school sent out an email to boosters telling them how to get tickets to the SEC Championship despite the fact that Tennessee is not atop the SEC East and is not the representative for the game right now.

RELATED: Fan gets taken out of Neyland Stadium for possibly dumbest reason ever

No person is being allowed to order more than eight tickets, but the Vols still have to beat Missouri and Vanderbilt to close out the season and hope that Florida loses to LSU this coming weekend to even get into the SEC Championship. The Vols haven’t gone to the SEC Championship Game since  2007 and haven’t won since 1998 when they won the first BCS Championship.